3 Facts about the Ptolemaic Dynasty 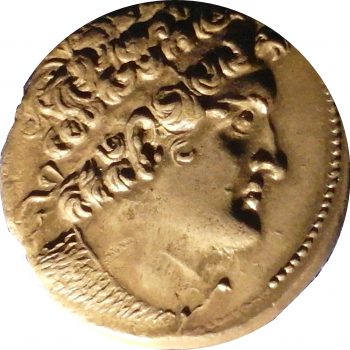 Ptolemy VIII - one of the more sinister members of this dynasty, married his sister, his niece, and murdered his son! This is a tetradrachm of Ptolemy VIII Physcon, from Alexandria, c.138-137 BC. ©Maciej Szczepańczyk, via Wikimedia Commons.

As we launch our latest issue on Cleopatra and Ptolemaic Egypt, we take a closer look at the Ptolemies – Egypt’s last, and perhaps most controversial, dynasty (305–30 BC). The reputation of the Ptolemies is renowned  for tales of incest, intrigue, and murder. How much of it was true, and how much of it was hearsay? We tackle three popular beliefs about this infamous family and their role in the final chapter of Ancient Egyptian history.

The Ptolemies were not Egyptian!

Girst of all, it's imporatnt to note that the Ptolemies, starting with Ptolemy I Soter (367–283 BC), were actually Macedonian, not Egyptian! In fact, the Macedonian nobility claimed to be descendants of Heracles (Hercules), not of any Egyptian deities.

Ptolemy I Soter was a favourite general under Alexander the Great. After Alexander's death in 323 BC, the vast empire he had amassed began to crumble, and a long battle to take the throne ensued. Ptolemy I Soter was able – after many years – to take control of Egypt in 305 BC. His rule ushered in the beginning of the Ptolemaic dynasty, and henceforth, all male members of the ruling family took the name Ptolemy when they ascended the throne.

The Ptolemaic kings were not all married to their sisters

Contrary to popular opinion, the Ptolemies were not all married to their sisters, and they not all detrimentally affected by their incestuous marriages. So why did they, as foreigners, take on this ancient Egyptian practice?

The reason for these pairings was to keep the ruling bloodline pure and undiluted – to separate themselves from the Egyptian populace, while at the same time, forging a connection to past Egyptian rulers who claimed their bloodlines descended from the sibling marriage of the goddess Isis to her brother Osiris. Ptolemaic rulers likened their sibling marriages to that of the Greek gods, Zeus and his sister-wife, Hera.

It also appears that there is little evidence to support the deleterious effects of incest impacting their health, unlike the well documented problems that beset easrlier pharaohs, such as Tutankhamun (1341–1323 BC). While marriages between brother and sister did occur throughout the Ptolemaic dynasty, there were enough marriages of further degrees to stem the negative genetic impact of such unions. Not all marriages were full-sibling unions, some were half, like Arsinoe II and her half-brother Ptolemy Keraunos, or even further apart, such as half-cousins Berenice II and Ptolemy III, and third cousins Ptolemy V and Cleopatra I.

The Ptolemaic family was a murderous lot

One of the things that IS true about this fascinating dynastic family was their penchant for killing one another. They are famous, or rather infamous, for their political intrigues, and the cruel ways in which they dispatched family members. While the drama didn’t really start until the reign of Ptolemy IV (245–204 BC) – he murdered his mother Berenice II (267–221 BC) and his brother, Magas (241–221 BC) – it continued all the way until the reign of Ptolemy XIV (60–44 BC), who was rumoured to have been murdered by his elder sister, and co-ruler, Cleopatra VII (69–30 BC). Cleopatra wanted her son, Ptolemy V Caesarion (47–30 BC) to be her co-ruler, so she had Ptolemy XIV poisoned.

But it appears that deception and murder began well before Ptolemy IV. Prior to marrying Ptolemy III (246–222 BC) Berenice II was married to Demetrius the Fair (285–249 BC), who she had murdered for sleeping with her mother! Grim, but perhaps not the most grisly. The award for the worst offender in this long line of ignominious family members would have to go to Ptolemy VIII (182–116 BC).

He married his sister Cleopatra II (185–116 BC), but then later divorced her to marry his daughter/niece, Cleopatra III (160–101 BC). To add insult to injury, he had Cleopatra II’s previous son (by her other brother) Ptolemy VII (152–145 BC), murdered at a wedding feast. The final icing on the cake came when, in retaliation for Cleopatra II’s rebellion against him, Ptolemy VIII had their own son, Ptolemy Memphites, murdered, dismembered, and sent to her as a birthday present!

If you want to know more about this powerful dynasty, about life in Ptolemaic Egypt, and ancient history in general, get the latest issue – Cleopatra and Ptolemaic Egypt – and subscribe to our magazine!