Book Review: How to Be a Bad Emperor 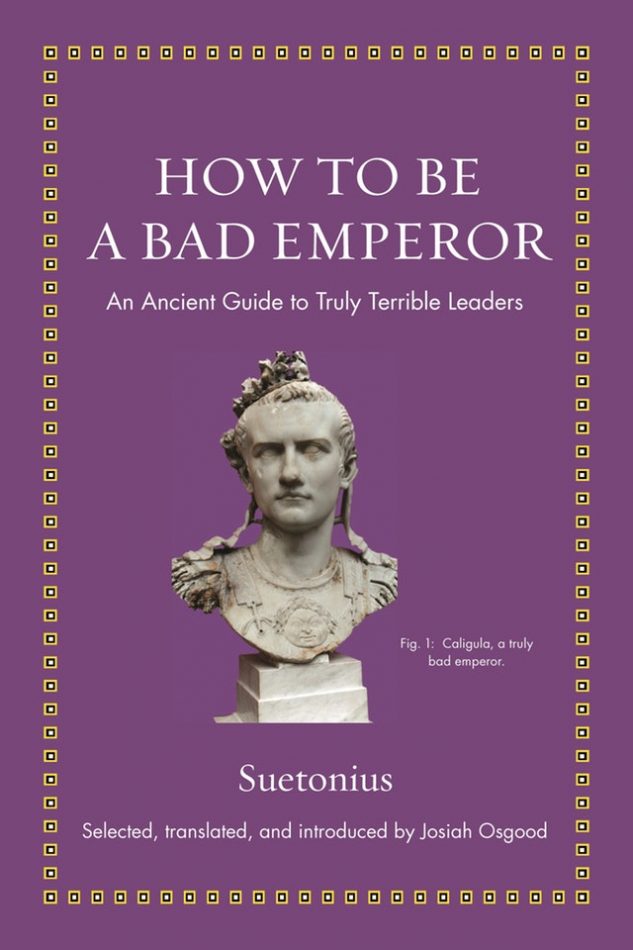 How to Be a Bad Emperor

"Remember, I can do whatever I want to whomever I want." ~ Caligula

#WhatWouldCaligulaDo? is the question put before us in my latest lockdown read, Georgetown Classics professor, Josiah Osgood's How to Be A Bad Emperor. Given the current political climate, sometimes it's nice to read a book where you can definitively say, 'No, there is way worse out there' and feel a little bit better as you go about your day. This book does exactly that.

Osgood provides a select translation of the worst of the worst in Suetonius' The Twelve Caesars, picking some of the juiciest, funniest, and and shocking tidbits from the lives of ancient Rome's most hated emperors.

How to Be A Bad Emperor is part of the Ancient Wisdom for Modern Readers series from Princeton University Press, which offers new, fun translations of the writings of Classical authors made relatable for the modern world. The 288 page book focuses on the lives of some of the Rome's most notorious rulers: Julius Caesar, Tiberius, Caligula, and Nero. The collection isn't in chronological order, but it features some of the most well known rumours and escapades of each emperor. One nice feature of this book is that Osgood kept Suetonius' original Latin on the left side of the page, and the English translation on the right in case you're feeling bold and want to put your rusty college Latin to the test. The chapters are loosely organized under a thematic lesson as suggested by their titles, such as, 'Make Your Horse a Consul' - taking a jab at one of Caligula's stunts, or Spend All Your Time at Your Resort, aimed at Tiberius' penchant for not being around and avoiding as much work as humanly possible in favour of hard drinking. How to Be A Bad Emperor deftly demonstrates what tendencies make a poor leader and exposes fatal character flaws along with a good dose of humour. It's a rollicking, funny, and educational eyeopener on Roman leadership, and a great introduction for newcomers to Suetonius' work. A must-read for anyone interested in Roman History.

Our latest issue: Failed Pharaohs and the Kings Who Couldn't, is right around the corner - so the timing of this book couldn't be more apropos. Josiah Osgood is also featured in this issue writing in further detail about this topic in, How Roman Emperors Got Themselves Killed!. Subscribe to Ancient History Magazine to more about the foibles and failures of some of ancient history's not-so-greatest leaders.