Book Review – The Boxford Mosaic: A Unique Survivor from the Roman Age 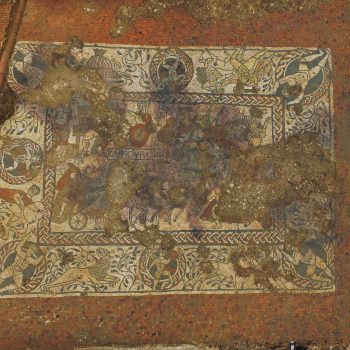 If the Boxford Mosaic sounds familiar that's because just last summer, this incredible piece of Britain's Roman past made the news when it was unearthed by a team of archaeologists in a remote field in Berkshire. However, this wasn't its first 'reveal'. The Boxford Mosaic actually made its debut two years earlier at Mud Hole, but it was an unsuccessful attempt as only 1/3 of the mosaic was uncovered due to inclement weather conditions. The 2019 'rediscovery' made headlines as 3,000 people made the pilgrimage to see the mosaic in all its original glory.

The resulting book, The Boxford Mosaic: A Unique Survivor from the Roman Age follows the discovery, and rediscovery of this important key to Roman life in Britain. It is a short, colourful, and meticulous work detailing the process of the initial find, the team behind it, and the meaning of the mosaic itself.

The book begins with an introduction by one of the archeologists, Joy Appleton, who narrates the history of the Boxford History Project back to 2008, and the journey that led up to the discovery of the mosaic in 2017 and 2019. This sections details the immense amount of research and work that went into the recovery of the mosaic and includes some wonderful pictures of the excitement of Open Day on August 31st, 2019, with crowds surrounding the excavation perimeter as Ancient Roman and Greek art historian Anthony Beeson explained the myths detailed in the mosaic.

Archaeologist Matt Nichol then provides a brief overview of the late Roman period in Britain, and what the villa where the mosaic was found, might have been like. This also sets the groundwork for why the mosaic is such a valuable find for the region.

Finally, the rest of the book is dominated by the stories that come from the mosaic, Greek myths such as Bellerophon fighting the Chimera, Hercules and the Centaur, and the Triumph of Pelops, to name a few. Beeson, carefully interprets the possible meanings of the mosaic for those who are unfamiliar with these myths, and also explains the reasons why these tales were selected by the person who commissioned the mosaic. This part of the book was fascinating, especially because alongside the original artwork, there were reconstructions of what the fully restored mosaic would have looked like when it was new almost two millennia ago. 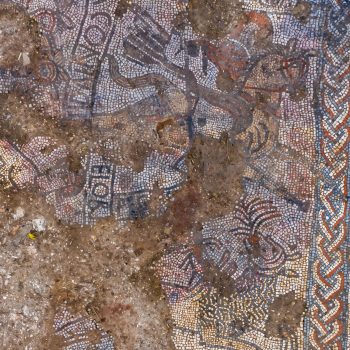 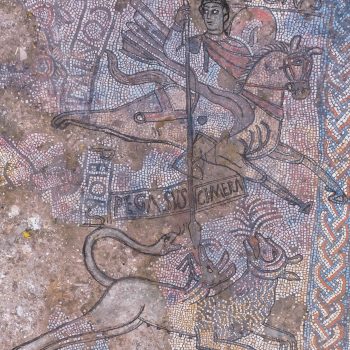 The Boxford Mosaic: A Unique Survivor from the Roman Age is a fantastic book for those interested in Roman history in Britain at the local level. It is a short read, at only 80 pages, but it doesn't skimp on content. It provides a good introduction into Roman history in Britain, great pictures and artistic reconstructions, and links the importance of this find on a larger scale quite well. 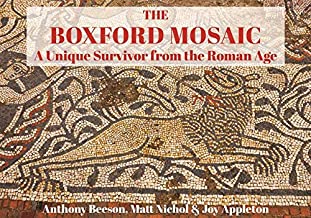