Side view of the Roman theatre. ©Sandra Alvarez

This past weekend I took a little day trip north of London to St. Alban's in Hertfordshire. It's just a little over an hour's drive north on the M1 or a quick train journey for £13 return fare from London St. Pancras. Given the current changes to government guidelines, this has left many people scrambling to figure out what they can do safely outdoors while the weather is still relatively pleasant. Day trips to Roman ruins fit this bill perfectly!

St. Alban's, named after the first British saint, has a rich history dating back to Roman times when it was a town that went under the name of Verulamium. In AD 43, the Romans came to Britain and began colonizing the island. Verulamium became the third-largest city in Roman Britain but it was burned to the ground nearly 20 years later by a wrathful Boudicca and various disgruntled Catuvellauni. Fortunately, the city was rebuilt and a large temple and theatre were added which lasted for over 200 years until falling into disuse by AD 380. Connected to the theatre, just a few steps away, are the remains of a second-century Roman townhouse, temple, and shops, such as a Bronze workers' shop and a wine shop. Verulamium seems to have continued to linger on as a Romano-British settlement into the 5th century until it was converted into the Saxon town of Kingsbury. 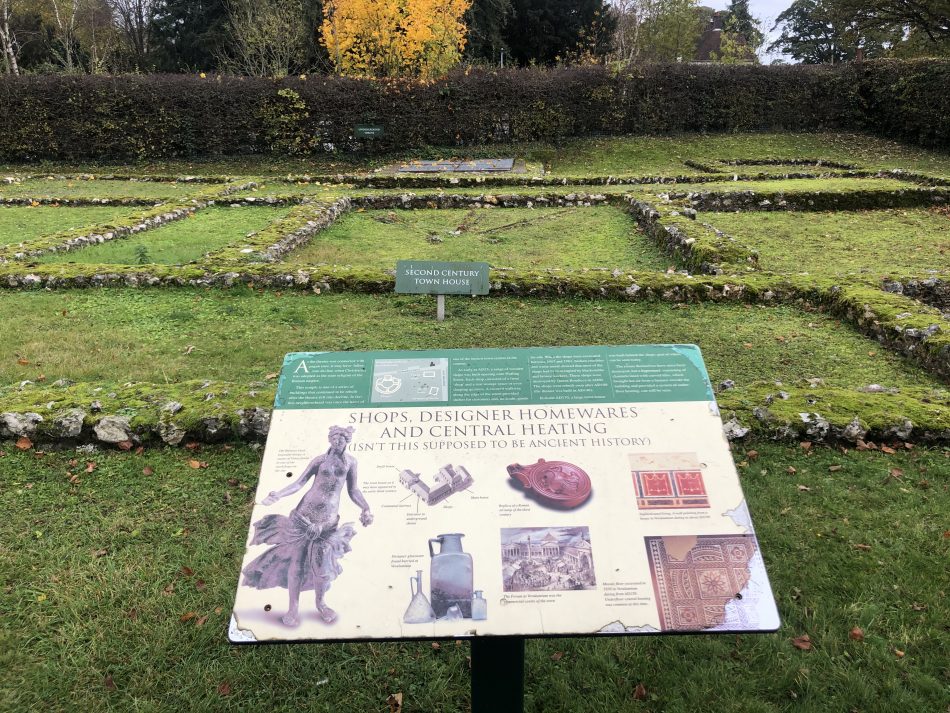 Plaque describing the remains of the shops and second-century Roman townhouse. ©Sandra Alvarez

To get to the theatre one must pass through Verulamium Park, which boasts large remnants of the former Roman walls, and a complete Roman Mosaic. There is very little left of the walls but what does remain is impressive having survived 2,000 years of change. 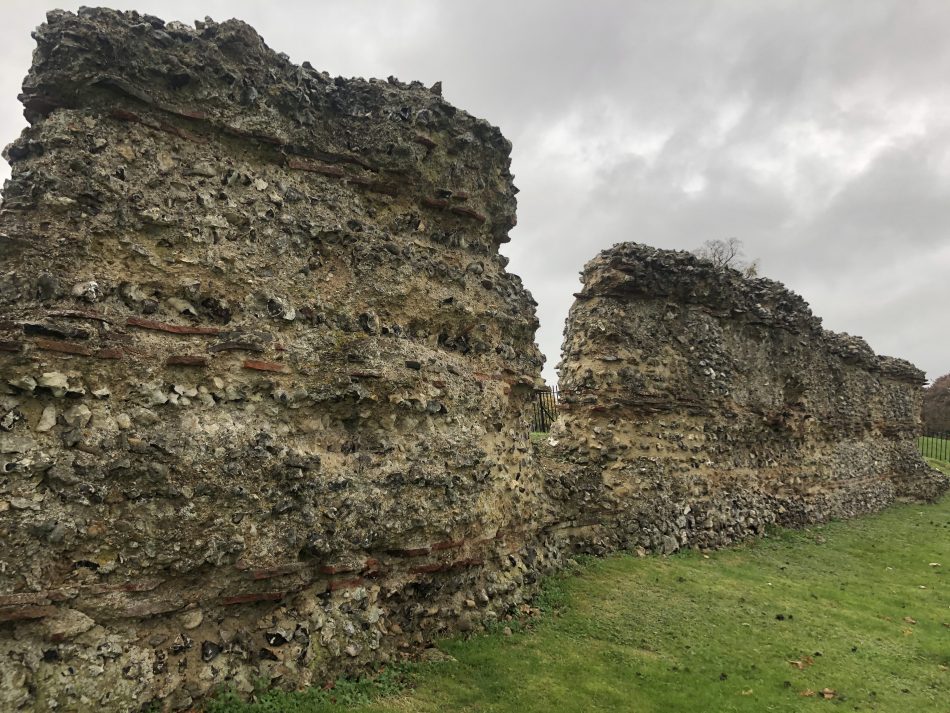 Remnants of the Roman walls of Verulamium. ©Sandra Alvarez

The Roman Mosaic is truly something to behold. It was the floor of what was once a Roman townhouse, which was excavated in 1931/32. This home was massive, it contained 30 rooms and was two storeys tall. You can see bits of the Roman hypocaust beneath the flooring. The mosaic tiles (tesserae) form a geometric pattern, and it is estimated that over 220,000 were used to make up this beautiful floor! The mosaic housed in a building to protect it from the elements. 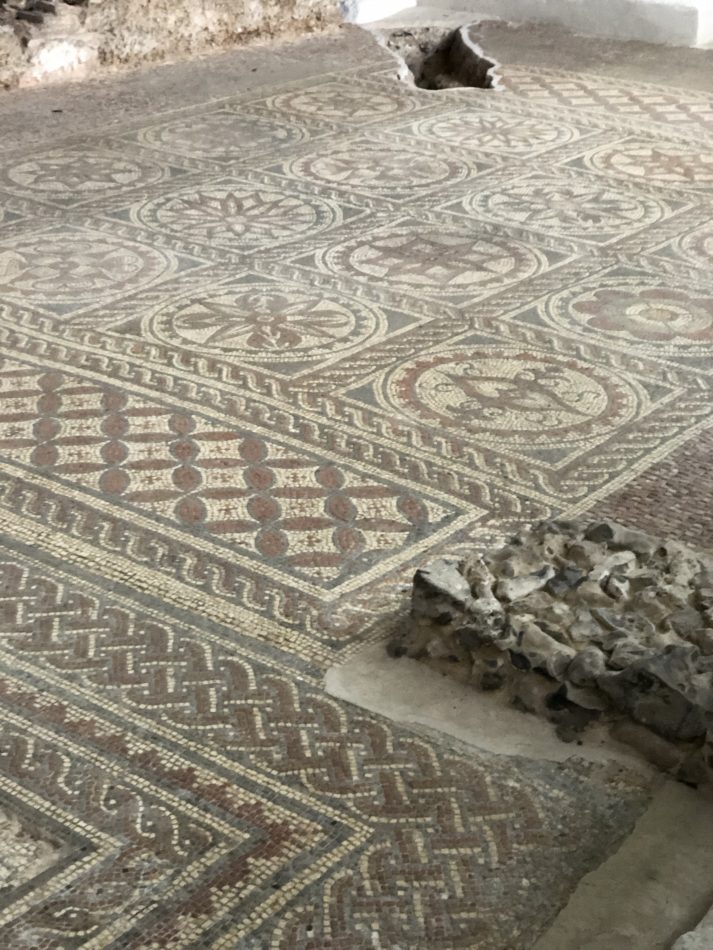 Mosaic with a bit of the hypocaust peeking out at one end of the floor. ©Sandra Alvarez

Unfortunately, I didn't the chance to visit the Verulamium Museum due to time constraints. If you are there on the weekend, please note that the museum closes relatively early on Saturday (3:30 pm!) so it is best to visit that first to avoid missing out! The museum is closed on Sundays.

If you are interested in a nice autumnal day trip out of London, St. Albans and its Roman past is the perfect getaway.

Get this issue of Ancient History Magazine!