Heroes 2: back to the beginning 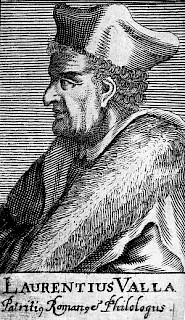 Every age adds new approaches to the study of Antiquity. “Big data” has already revolutionized the study of historical linguistics and may at this moment be changing the way we look at historical causality. New fields of research continue to be developed

Some scholarly disciplines owe their existence to a big discovery: without the Scrolls of the Dead Sea, we would not have Qumranology. Hittitology, Egyptology, and Mycenology were born on the days on which Hittite cuneiform, hieroglyphs, and Linear-B were deciphered.

The name “Assyriology” reminds us of the fact that in the nineteenth century, when the Akkadian cuneiform script was deciphered, western scholars were clueless about what to expect. From the Bible, they knew about the Assyrian Empire, and Herodotus had written that Assyria had a capital named Babylon, so it was quite a discovery when the cuneiform tablets showed that three Assyrian, three Babylonian, two Sumerian, and one Akkadian kingdom had once existed. As a name, “Assyriology” is a bit misleading, but it’s too late to change it into something better.

Archaeology and the social sciences are nineteenth-century innovations, whereas history in our sense of the word is a creation of eighteenth-century Enlightenment. Although modern historians will immediately say that Edward Gibbon’s History of the Decline and Fall of the Roman Empire is outdated, they will also recognize that the author is a colleague.

From the seventeenth century is the contribution of the ethnographers and the antiquarians: the first group sought to improve our understanding of the past by looking to contemporary parallels, while the second group started to use material objects (inscriptions, coins, gems, military objects, works of art…) to prove that the story we can deduce from our written sources, was basically correct. Antiquarianism and ethnography saved the study of Antiquity from the skepticism that was so much en vogue in the sixteenth century.

In the age of the Renaissance and Humanism, we find the first philologists and Biblical scholars. Some of their ideas are still with us. Their main insight is that Antiquity was different from their own world. This may seem a truism, but back then, it wasn’t. If you look at drawings from the Middle Ages, you will see that the Roman soldiers who crucify Christ are dressed like knights, whereas Pontius Pilate looks like a Medieval nobleman. The Medieval scholars were aware that the past had a certain “depth” and knew a thing or two about chronology, but no one realized how different the past really was.

Who was the first to understand that the world had decisively changed? Perhaps it was when people realized that ancient buildings were different from the contemporary ones, and when architects started to copy ancient Roman architecture. If that is our definition, we must date the “discovery of Antiquity” to the twelfth century. Or perhaps we must date this discovery to 1440, when Italian classicist Lorenzo Valla proved that the document on which the Pope based his temporal powers, was a fraud: for the first time, the study of Antiquity had political consequences. Antiquity mattered.

We can also date the “discovery of Antiquity” to the moment when people started to study the distant past systematically and methodically. If that is our definition, the inventor of Antiquity was a Florentine scholar named Angelo Poliziano (1454-1494), also known as Politian. He will be the first one in this series of portraits of people who contributed to our image of the world of Antiquity.