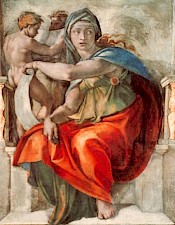 Today, I am resuming my series on the great scholarly heroes who were fundamental to the study of Antiquity. (For earlier instalments, go here: 1, 2, 3, 4, 5.) Today’s hero is actually an anti-hero: a monk from Viterbo named Giovanni Nanni (1432-1502) or, as he wanted to be called, Annius. He illustrates how in the world of scholarship, even fraud can help to improve our knowledge of the distant past!

In 1498, several years after the death of the great Poliziano, Nanni published seventeen volumes of Commentaries on ancient texts which, he claimed, he had received from an Armenian monk. The texts themselves were completely new, although the names of their authors, like Berossus and Megasthenes, were known from other sources. Some fragments of these ancient historians were known, too. A third writer, Manetho, was another old acquaintance: several ancient authors quoted his Egyptian History.

The rediscovered texts were quite a sensation, because they documented historical events in which the Jewish people had been involved. Many stories from the bible, which had been doubted by some humanist and Islamic sceptics, were suddenly confirmed by pagan authors. As it turned out, Christian faith was vindicated. “Accepting your enemies’ accounts to prove your own point”: it is more or less how Nanni’s contemporary Michelangelo presented the Jewish antiquities in the Sistine Chapel, with pagan Sibyls as witnesses to the biblical truth.

For example, the widely read author Tacitus, who had given an extremely hostile description of the first Jews, was merely a secondary source, who had copied his information from an Alexandrine writer named Apion. This meant that Tacitus’ information could not be better than Apion’s. Poliziano would have said that Tacitus could be eliminated. Nanni’s Manetho, on the other hand, had been an Egyptian priest who had had access to the archives of ancient Egypt and had read primary sources. His account of the Jews was therefore to be preferred. A similar case could me made about Berossus, who had been working in the library of Babylon. Nanni’s contemporaries could, therefore, trust the newly discovered texts.

As you may well have guessed, Nanni’s texts were written by himself. To prevent any misunderstandings: modern editions of Berossus, Manetho, and Megasthenes are reliable, because they ignore Nanni and present only fragments from real sources. Next week, we will see how this hoax was discovered. For the time being, we may conclude that every modern historian accepts the distinction between primary and secondary source. Although he was a charlatan, Nanni is also a “father of ancient history”. And the “father of hoaxes” as well.