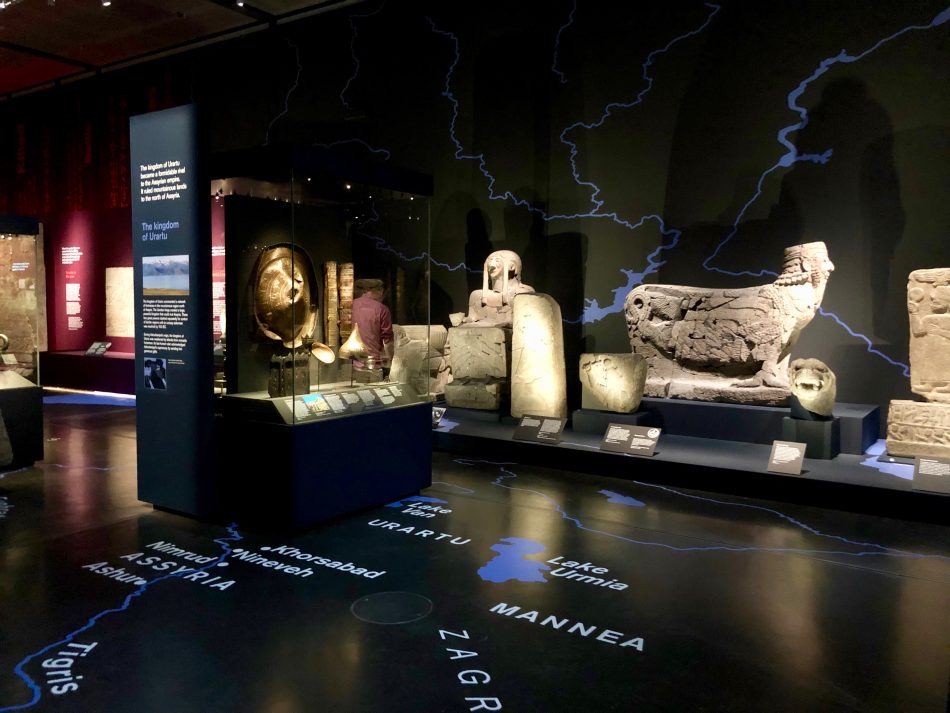 The British Museum has opened its most ambitious exhibition to date with the unveiling of I am Ashurbanipal: king of the world, king of Assyria. The exhibition takes visitors back in time to Iraq in the seventh century BC, and showcases the rule and tremendous achievements of Assyria's last great king, Ashurbanipal.

The most powerful man in the world

Ashurbanipal was, at one point during his rule, the most powerful man in the world. According to exhibition curator, Gareth Brereton, Ashurbanipal's vast empire stretched from the eastern Mediterranean, to the western mountains of Iran. The heart of this empire was located in what is now the northern region of present-day Iraq. His reign shaped the lives of millions of people and this exhibition aims to show visitors just how he did that. 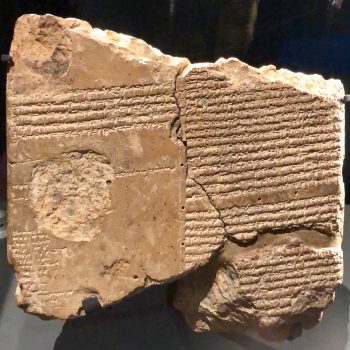 Tablet written by Ashurbanipal at the age of 13. Addressed to his father, it begins, 'To the King, my lord, your servant Ashurbanipal'. Photo: The British Museum, ©Sandra Alvarez.

In spite of the fact that Ashurbanipal was in command of, 'a terrifying war machine', he rarely went into battle himself – he preferred to rule from the safety of his palace. Ashurbanipal did not rely on his conquests and prowess alone, he considered knowledge power. He exemplified this ideal by becoming a great patron of the arts, and by amassing one of the largest libraries of the day. At its peak, his library housed over 10,000 cuneiform tablets. They contained knowledge that Ashurbanipal collected from all corners of his empire; everything from literature, to medical treatises, reference works, to astrology. He was fiercely proud of his ability to read, write, and debate with some of the greatest scholars of his time.

The exhibition also focuses on the important efforts made by Iraqi archaeologists to save Assyrian history from the threat of further destruction at the hands of ISIS. Nimrud lost a tremendous amount to ISIS in a series of systematically targeted attacks; approximately 80%  of its historic sites have sustained damage, with Nineveh faring only slightly better, at 60%. The British Museum has partnered with local archaeologists under the Iraq Emergency Heritage Management Training Scheme to train them on recovery techniques, and emergency heritage management to preserve Iraq's rich Assyrian culture from irreparable loss. 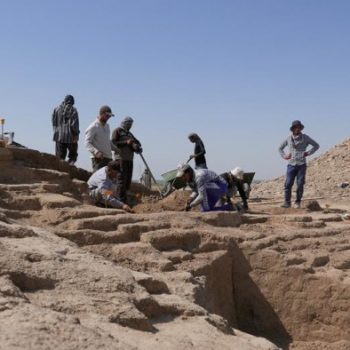 Highlights include an incredible display of some of the most important tablets of Ashurbanipal's reign. The exhibition contains the cuneiform tablet written by Ashurbanipal to his father at the tender age of 13, the ransom tablet of his rebellious brother Shamash-shum-ukin, one the best preserved examples of The Epic of Gilgamesh, and The Babylonian Chronicle detailing the fall of Nineveh.

Another wonderful aspect of this exhibition is the work being done by scientists to recreate the way his famous reliefs looked in the seventh century BC. There are two sets that slowly blossom into rich, vibrant colour, allowing visitors to get a glimpse the past as Ahurbanipal would've seen it. Similar to this, is the depiction of the Battle of Til-Tuba, where panels light up behind reliefs to show the defining moments of this Assyrian victory against the Elamites.

The exhibition also allows visitors to experience the opulence and splendour of Ashurbanipal's empire. It features over 200 artefacts, alongside stunning reliefs of pleasure gardens, botanical gardens, hunting parks, and the sculptures that made Nineveh a veritable paradise on earth. I am Ashurbanipal highlights the knowledge, culture, and conquest of the last days of the Assyrian empire under one of its greatest leaders. 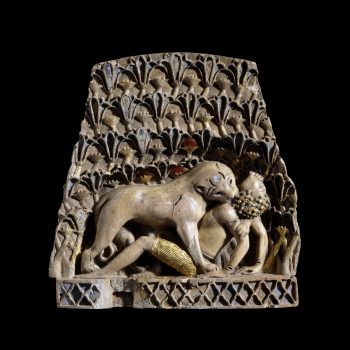 Ivory plaque of a lioness mauling a man, ivory, gold, cornelian, lapis lazuli, Nimrud, 900BC – 700BC © The Trustees of the British Museum.

Gareth Brereton, exhibition curator, said, “This autumn, the British Museum will reveal the history of Ashurbanipal, the greatest king you’ve never heard of. We hope many visitors will discover the stories of ancient Assyria and Ashurbanipal for the very first time, and experience the splendour of his palace at Nineveh and the impact of the Assyrian empire. As present day Iraq looks to recover the history of damaged sites at Nineveh and Nimrud, this exhibition allows us to appreciate and relive the great achievements of an ancient world and celebrate its legacy.”

The exhibition opens to the general public tomorrow and runs until February 24, 2019.

Learn more about the Ancient World: Subscribe to our magazine!