In December 2012, my girlfriend and I travelled to Egypt to attend a conference on chariots. After the conference was over, we spent one day touring the archaeological sites around Cairo. One of the most memorable places we visited was Dashur, a necropolis famous for the so-called Red Pyramid. Below is a picture that I took shortly after we arrived on the site. If it looks murky, that’s because of the smog, which was quite heavy even in December, giving everything a brownish look: 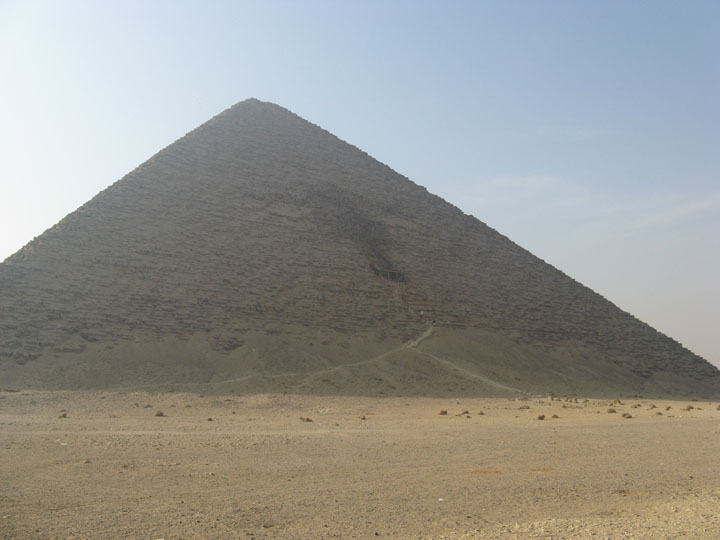 The Red Pyramid was built by King Sneferu (ca. 2600 BC) over the course of one or two decades and is widely regarded as the first successful attempt at building a smooth-sided pyramid. It is the third largest pyramid in Egypt (105m tall), eclipsed only by two of the pyramids at Giza. At Dashur, there are two other, smaller pyramids. It used to have an outer layer of smooth white limestone, but this has been robbed during the middle ages for use in the construction of houses in Cairo. As a result, the interior red limestone blocks became visible.

You can enter the Red Pyramid. There is a modern staircase leading to an entrance in the side of one of the four walls of the pyramid. Obviously, in ancient times, the pyramid would have been completely sealed up, but the entrance now allows tourists to have a peek inside: 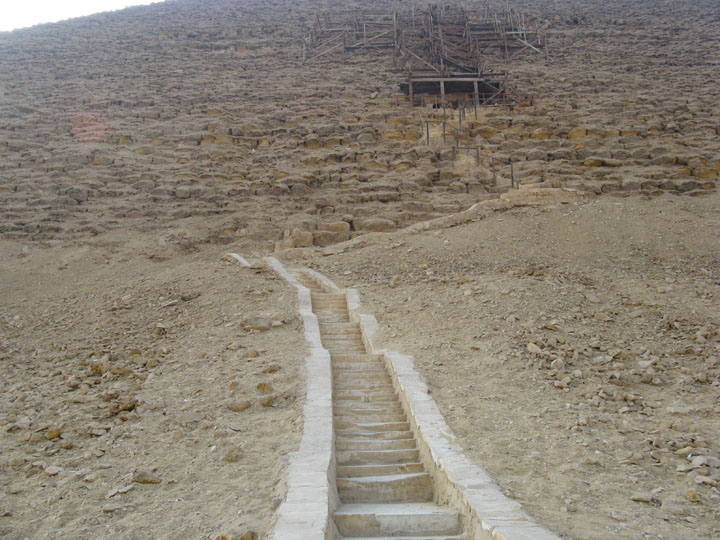 A passage that is about 90cm high and 120cm wide slopes down quite steeply for about 60m, leading you further inside the pyramid. The wooden, metal-edged steps and wooden railings are, of course, modern, but it is not very comfortable: 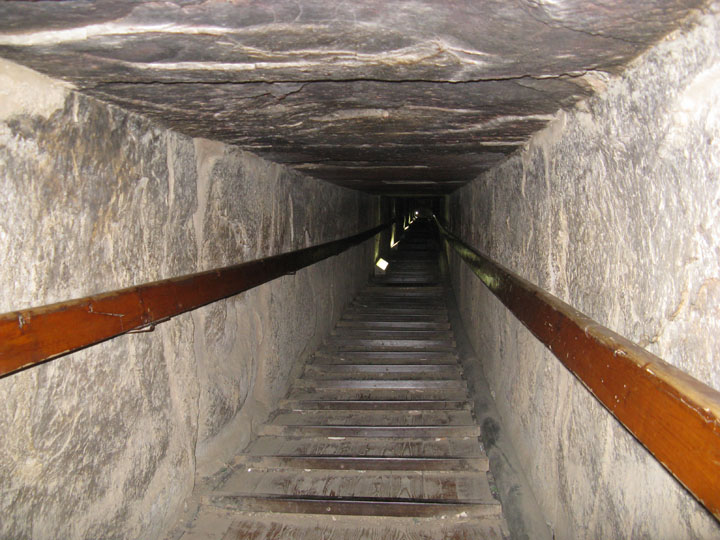 Once you reach the end of the passage, you find yourself in one of the two main chambers, more or less at the heart of the pyramid. Down there, it was quite hot and humid, but I was grateful to be able to stretch my back for a moment. The first chamber has a corbelled ceiling: 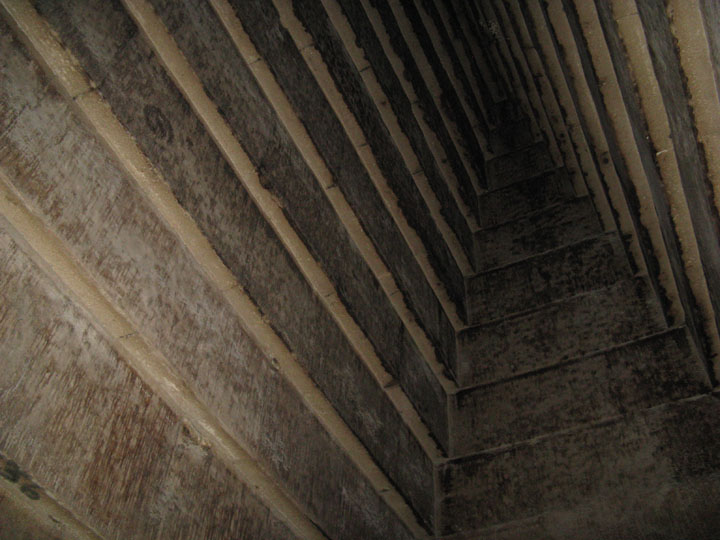 There is also another small passage that leads to a second chamber: 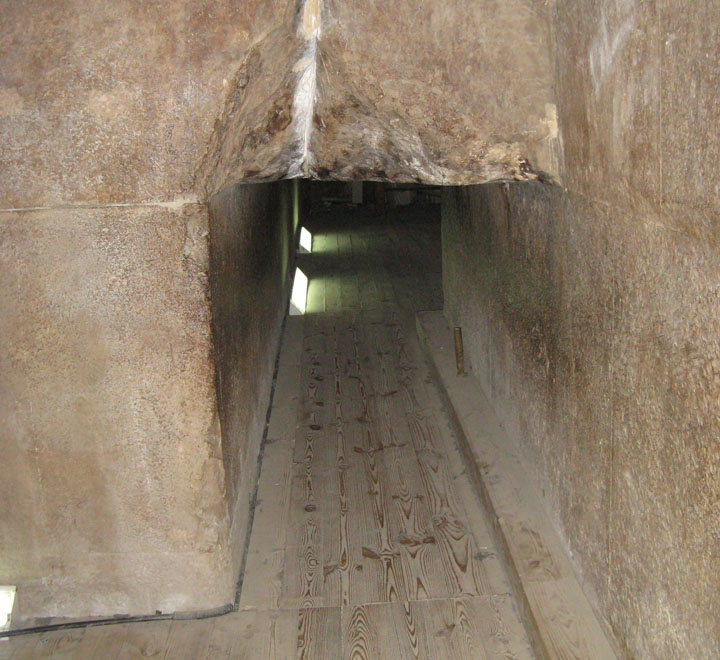 Wooden stairs led upwards to another passage and a room with corbelled ceiling. Actually going into and being inside of a pyramid was a wonderful experience, and it is a pity that the current instability in Egypt means that most people won’t have a chance to see one of these ancient wonders.