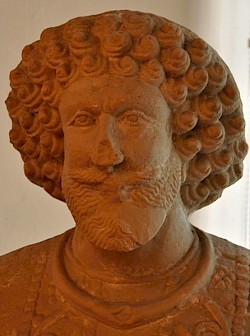 Yes, they are shocking, those images of the destruction of the museum of Mosul and the vandalism in Hatra. Still, I would suggest that you don’t pay attention to it. There are three reasons to ignore the news, sad though it is.

(1) Let’s be glad that the members of the so-called Islamic State are wasting their time destroying antiquities instead of human lives.

(2) We only see what is shown. Although it is terrible that ancient statues are destroyed, they are quite often well-documented. We know what is lost. The real problem is that there are illegal excavations and that the museums’ storerooms have been looted. The objects thus acquired are sold and we do not know what is lost. We don’t have footage of the clandestine trade - which funds ISIS - in ancient art. The footage shown to us, is a decoy.

(3) Let’s focus on the real news: Tikrit has been reconquered. Because the so-called Islamic State does not like that news, it shared a movie of the vandalism in Hatra. (Compare ISIS’ response to its defeat at Kobani: broadcasting the execution of Muath Al-Kassasbeh.) Because we are shocked – as we ought to be! – we start telling others and share the footage on social media. By doing so, we become unwitting allies of the so-called Islamic State, because we’re helping to distract from the fact that ISIS is suffering defeats and is forced to retreat.

If you feel outrage, the best thing to do is NOT share the news. If you want to do something, write a letter to a politician and call for legislation to stop the illicit trade of ancient artifacts.