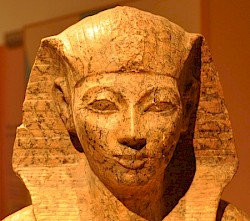 Three weeks ago, the Kickstarter campaign to launch Ancient History Magazine came to an end. As you may remember, we received all the money we needed and more. The first issue of the new magazine will, therefore, have no less than 84 pages (instead of 68).

So, what will this issue look like? Immediately after announcing our plan to start a new magazine, people started offering their help. There were several proposals for articles on the theme of the first issue, “Discoveries in the ancient world” (or, more simply, “Explorers”): some from people who have in the past contributed to Ancient Warfare, others from among our close associates, who were sympathetic to our plan to offer a modern take on ancient history. I had expected that it would be hard to get sufficient content for the first issue, but Josho and Jasper believed that it would be quite easy. They were right.

So here’s the band of explorers we would like to present. Of course Queen Hatshepsut’s expedition to the land of Punt, recently identified, will be included. Hanno the Carthaginian will sail all the way up to Mount Cameroon and beyond. Herodotus’ world map will be discussed. There’s Aristeas of Proconessus, who will take you to Siberia; there’s Pytheas of Massilia, who will explore the Atlantic; and there’s Eudoxus of Cyzicus, who will reach India. The Incense Route from Yemen to Judaea will be dealt with, and last but not least, we will describe Roman expeditions to the land south of the Sahara.

This will be more or less what you can expect in the first part of the first issue of Ancient History Magazine. There will of course be more. We expect a great article on the Median Empire, to which we will add a short piece on a Median object that was once believed to be fake, until it turned out to be real (and unique). There will be articles on the Roman vigiles, a wine merchant, and the Byzantine charioteer Porphyrius. You will also learn everything there is to know about the alabastron broken in Mark 14.3.

It’s quite a lot, but of course we have no less than 84 pages. And we’re still not done yet, because Josho and I will be blogging two times a week. I will focus on the history of the study of Antiquity, while Josho will write about almost anything else. We may also use the blog to offer our opinions on relevant news items.

If you haven’t already, remember that you can subscribe to Ancient History Magazine.