Museum of London Launches New Exhibition on The Roman Dead 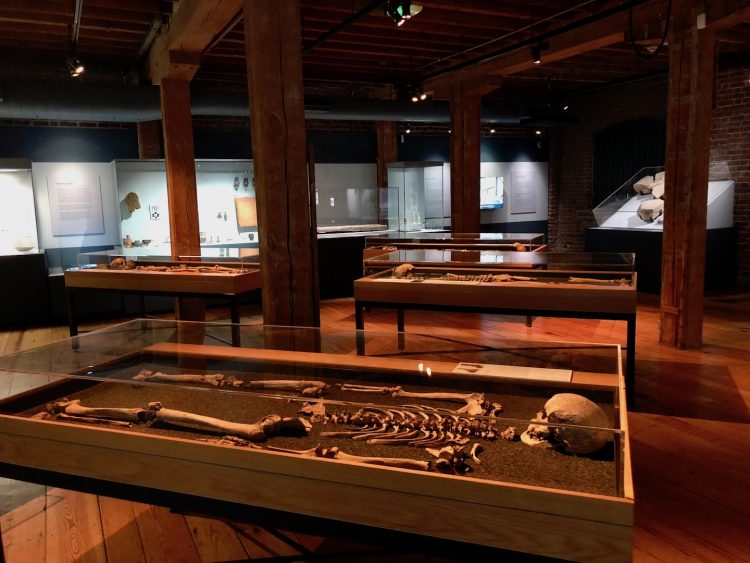 The Roman Dead exhibition at the Museum of London, Docklands. Photo: ©SandraAlvarez

If you’re in London this summer, and looking for something to do that’s historic, fun, and affordable, then head over to the The Museum of London Docklands and take in their latest exhibition: The Roman Dead.

Initially, what may look like a sparse and minimal exhibit, ends up being quite revealing. It is more than just how people died in Roman London; it helps us understand how people lived in the early history of this now bustling metropolis. This exhibition examines some of the remarkable discoveries excavated in London’s Roman cemeteries.

What makes this exhibition special is that it focuses not just on the physical finds, and traditional archaeological methods, but it looks at the progress made using imaging and aDNA analysis (Ancient DNA). These technological advances have helped archaeologists and scientists determine things that bones alone can’t tell us, such as: hair colour, eye colour, diet, or for example, the exact causes of infant mortality. Ancient DNA (aDNA) analysis has given researchers important information, allowing them to reconstruct daily life, and enabling them to give a far more accurate picture of London’s Roman inhabitants.

In addition to these scientific breakthroughs, the Museum of London has a vast array of grave goods, skeletons, and tombstones on display. One of the most intriguing pieces in this collection is the massive stone sarcophagus found in 2017 in Southwark, one of only three coffins discovered in the last twenty years.

So how did Roman Londoners deal with death, the treatment of the dead, and burial practices? Here are a few take aways: 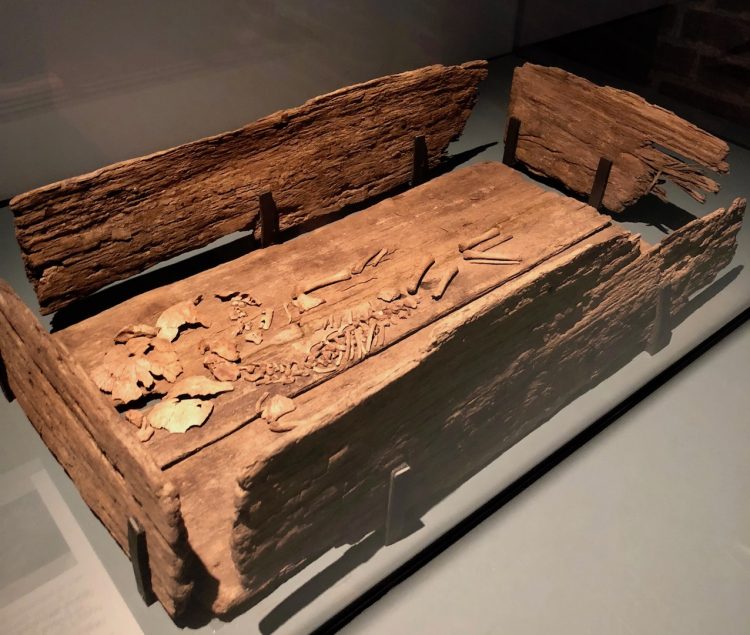 Interestingly, Roman babies were not named until nine days after birth, but not considered “fully developed individuals” until six months of age when they started teething, so they were not commonly found in cemeteries. Children who died before achieving this status were buried in hearths, under homes, in backyards, and in corners of buildings.

Location of the Dead

Cemeteries were located outside of the city bounds because Romans believed the dead were unclean. To give you an idea of London’s size in the first four centuries of the new millennium, Roman cemeteries outside the city were located beside modern day Aldgate Tube, Liverpool Street, and in the south, Borough tube station. Today, these are all clearly well within the bounds of the city, and are fairly central parts of London. It is remarkable to consider how much the city has grown since the Romans withdrew in the fifth century. 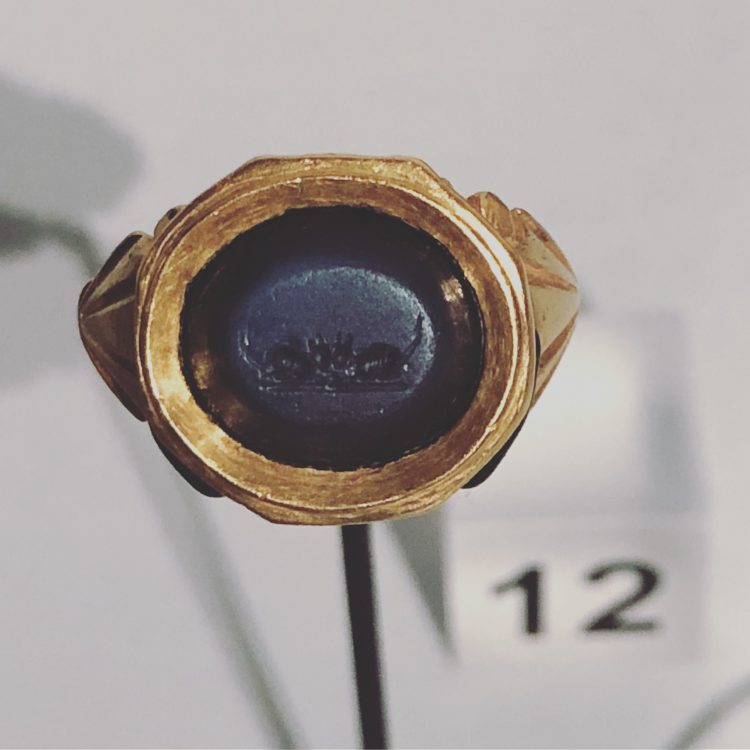 Burial took place two to seven days after death. Wealthy Londoners had processions and even hired professional mourners! There would be a feast that lasted for nine days, and other celebrations of remembrance during the course of the year, such as Parentalia (The Festival of the Dead).

These are but a smattering of facts about how our ancient predecessors dealt with death. There is also plenty to learn about this city’s history through the clues the dead leave behind, thanks to the technology, archeology, and research that has gone into preserving London’s Roman past.

While the focus is on the dead and funerary practices, the exhibition is suitable for families and children over the age of eight. The displays include descriptions for children to help prompt questions about the artefacts. It’s a great way to start conversations about what children are seeing, and why these items are important. In addition to this, the museum has prepared a host of family-friendly events around the Roman Dead to gain a better understanding of the city’s Roman history, and to encourage interaction with archaeological work in fun and engaging ways.

For more information on these events, please visit the Roman Dead events page.

Did you enjoy learning about Roman London? Make sure to pick up our latest issue on Roman Britain in Ancient History Magazine!