Last Friday we officially launched Ancient History Magazine, your new favourite history magazine (be sure to subscribe!). The launch party was held at the Allard Pierson Museum in Amsterdam. Rolof van Hövell, the publisher, gave a short introduction about the importance of history and the ambition of Karwansaray Publishers to be a meeting place where great minds can gather to exchange ideas. 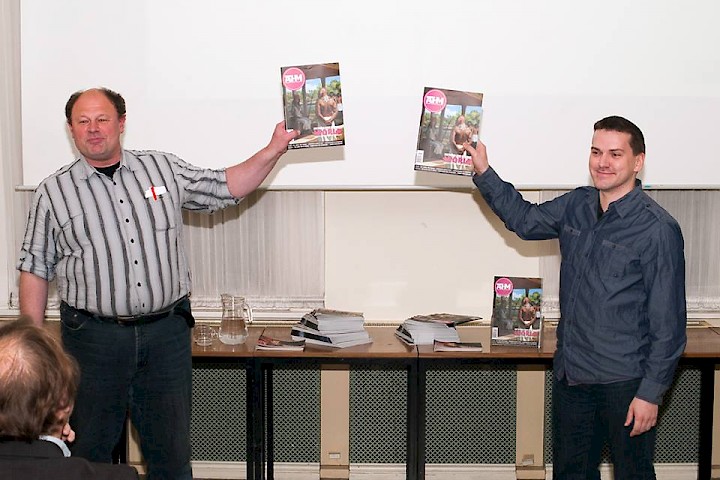 I was up next with a lecture in which I gave our audience of some sixty attendees a quick tour through the magazine. I dwelled on one aspect of the new magazine in particular, namely the one-page segment entitled ‘How do they know?’ The purpose of this segment is to explain what people who study the ancient world actually do.

Understanding how ancient historians, classicists, and archaeologists arrive at knowledge of the ancient past is of fundamental importance. Yet it is also something that is almost never explained. This lack of explanation is one of the main reasons why the humanities are in such difficult waters right now.

In the Netherlands, a member of government once remarked that he didn’t know what to do ‘with museums full of excavated pots and pans’. More recently, in Japan, the minister of education recommended that the humanities and social sciences should be cut back in favour of ‘more practical, vocational education that better anticipates the needs of society.’

Josho earlier wrote a blog post for Ancient Warfare about how a lot of people think that to become knowledgeable about the past you only need the ability to read. But studying and especially interpreting the ancient past is a skill, and one that you have to learn, preferably in a structured way through higher education.

Ancient History Magazine now has a segment that caters to people who want to understand not just what we know, but also how we know it. If anyone doubts that studying the ancient world is a science in its own right, which requires skill and learning, you can from now on point to this segment.

For the first issue, ‘How do they know?’ will show which techniques are used to determine whether or not a papyrus is real or fake. In issue 2, Casper Porton will write an article about how we know what Latin sounded like back in ancient times. In upcoming issues, we’ll deal with the elimination of sources, carbon dating, the difference between the written and spoken language, and so forth and so on. 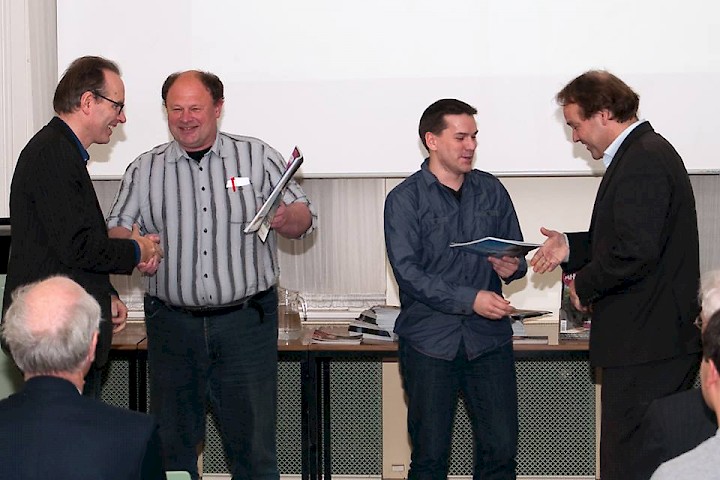 Following the talk, Josho and I handed out the official first copies of issue 1 of Ancient History Magazine to our host, Wim Hupperetz (director of the Allard Pierson Museum), and to Wim Weiland (director of the National Museum of Antiquities in Leiden). Pieter Stroobach took plenty of pictures this afternoon and early evening, two of which you can see on this page. (The bottom picture, from left to right: Wim Hupperetz, Jona Lendering, Josho Brouwers, Wim Weijland.)

The response to the magazine so far has been great and we look forward to what you, our readers, will think about it. Be sure to let us know!