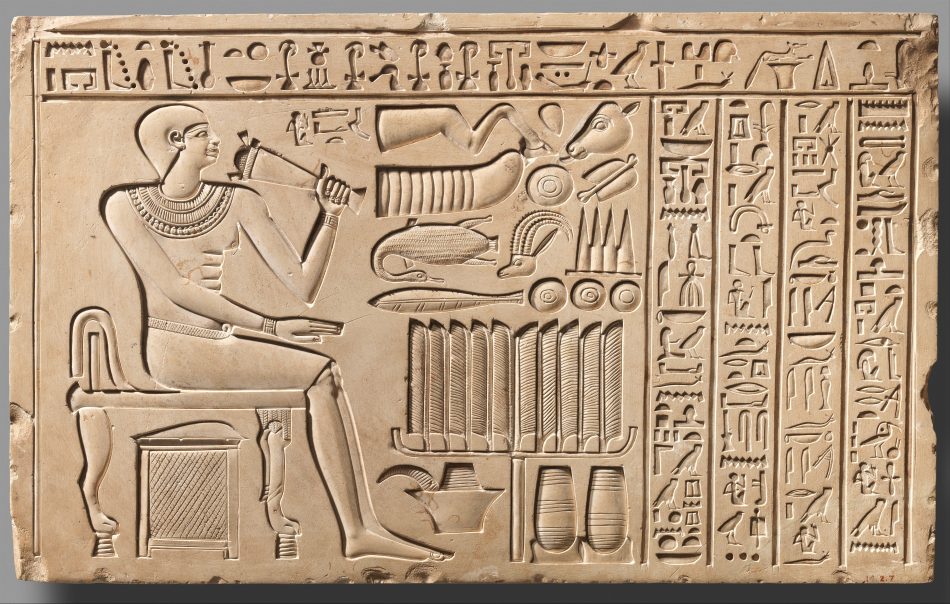 Funerary Stela of the Gatekeeper Maati, ca. 2051–2030 B.C. Egyptian, First Intermediate Period ©The Metropolitan Museum of Art, New York, Rogers Fund, 1914 (14.2.7).[/caption] This past Monday, I had the opportunity to learn about the importance of hieroglyphs and how to read them in Dr. Colleen Darnell's webinar, 'How Hieroglyphs Changed the World'; a one-hour talk about the origins and evolution of hieroglyphic writing. Darnell, an Egyptologist who has been on numerous programmes, such as 'Lost Treasures of Egypt' and 'Ancient Mysteries', specializes in ancient Egyptian warfare, New Kingdom literature, and the history of Egyptomania. Darnell's Instagram account and Youtube channel discuss everything from hieroglyphs to popular culture, from fashion to ancient Egyptian cat humour. This week, she launched a series of webinars to introduce hieroglyphs to people who want to learn how to read them and to demonstrate why they matter. Hieroglyphs, which originated in 'Dynasty 0' in 3250 BC and were used all the way up to the late fourth century AD, give us a unique look at the evolution of our own alphabet because our writing has a direct link to this ancient form of communication. In fact, one of the most interesting parts of this webinar was the look at the transformation from early hieroglyphs, to hieratic and demotic, to Phoenician, to ancient Greek, and eventually, to our Latin script. The class also covered the basics of how to begin to understand and read a hieroglyphic text, such as the nifty tip that you read a hieroglyph based on how it is oriented - pointed towards the faces in an image. This means that there are instances where you read left-to-right and right-to-left all in the same sentence! It was a complete eye-opener for me. As was the fact that Coptic writing is basically the last bit of ancient Egyptian but written in Greek. [caption id="attachment_70696" align="alignleft" width="253"] 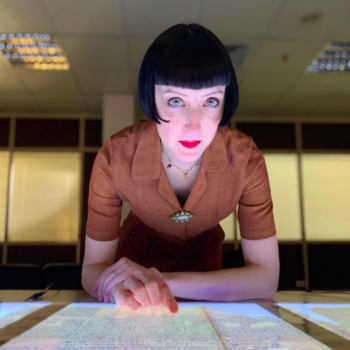 Image of Dr. Darnell from her Instagram account. ©Colleen Darnell[/caption] This was a fun and fascinating session. At the end, she opened up the floor to questions and explained things in an easy-to-understand manner. Darnell is an engaging, approachable, and passionate lecturer who clearly loves what she does. She made the webinar enjoyable and removed the daunting aspects of learning to read hieroglyphs. The good news is that this is not just a one-off. Darnell will be back in May to offer a five-hour course for those who want to further their knowledge of hieroglyphs. You can count me in! If you're interested, follow her on Instagram and Youtube for more information about upcoming sessions. Dr. Darnell on Instagram: @howtoreadhieroglyphs and @vintage_egyptologist Watch her YouTube Channel where she and her husband, Dr. John Darnell, give an introduction to hieroglyphs: Vintage Egyptologist