The Last Supper in Pompeii: The ancient Roman love affair with food

When Vesuvius erupted and ash rained down on the inhabitants of Pompeii in AD 79, much like us, they were going about their business and doing things that were not so far removed from our lives today; they were eating, drinking, harvesting, and preparing food.

The Ashmolean’s latest exhibition, Last Supper in Pompeii, focuses on food and drink. It shows visitors exactly who inspired the Romans when it came to dining habits, and how these were integrated into their culture, and later on, in places as far away as Britain.

Pompeii is one of the most visited historic sites in the world, and it is also one of the best places to learn about Roman daily life. The town produced vast amounts of olive oil, fish sauce, and wine. In fact, it is estimated that 100 million litres of wine were produced each year at Pompeii. These luxury goods were exported across the empire and beyond. 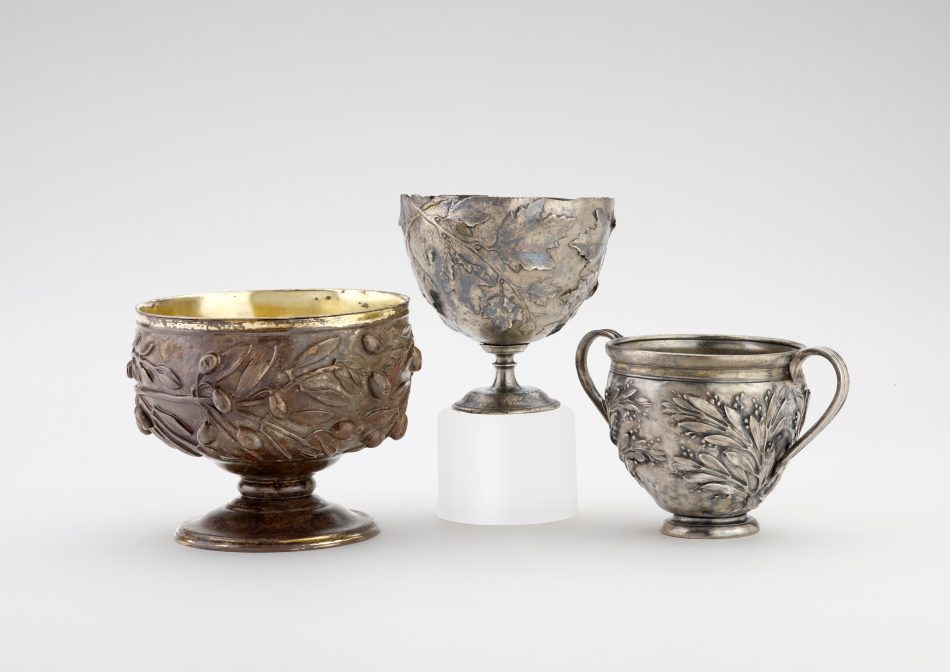 For Dr. Paul Roberts, exhibition curator and Head of the Department of Antiquities, this has been a dream realized. He has wanted to do an exhibition like this since 1976 when he first visited Pompeii with his mother and he was captivated by the real people who once lived in this now tragic place.

Food for thought
The exhibition, featuring 300-plus objects – some that have never been seen before outside of Italy – is focused on banqueting, wine, daily life, food production and preparation, and the importance of food to the Romans. Dr. Roberts said, "Dining isn’t just about nutrition, it’s about power. You bring people into your home and you impress them with your fine food and fine wines. Roman life is all about power, and dining is no exception." He continued, "Dinner feasts were a time to show off to guests, you’d talk about the silverware, stately things. The whole thing was about impressing people... they will take away from that meal your wealth, your culture, your power." 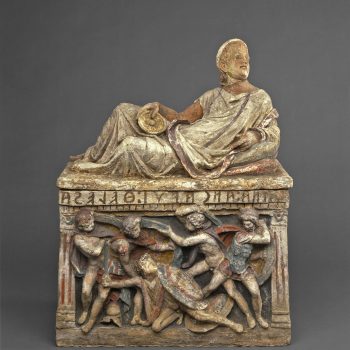 What the exhibition also demonstrates is that food wasn’t just powerful to the living, but it was also powerful in death. Foods such as meat were eaten predominantly at festivals and funerals, and food dominates funerary processions. The Etruscans often depicted themselves reclining and feasting on the top of their tombs, a tradition that the Romans acquired and kept. Several of these beautiful Etruscan tombs are featured in the exhibition. The Last Supper in Pompeii also looks at some of the habits in Roman dining gained from other cultures, such as reclining when eating. Roberts said, "In good Roman society, you recline to dine. Romans loved to have beautiful surroundings, especially Greek influenced ones when they dined."

The Last Supper in Pompeii also explores the religious food influences from the Etruscans and ancient Greeks, who offered their gods and their dead food and wine. In Pompeii, the continuation of these practices can be seen in the remains of carbonized food offered to the Roman household gods, the Lares, that were found preserved by the eruption. Some of the finds from Pompeii are truly astonishing. A green bottle of olive oil on display from AD 79 was unspoiled for almost 2,000 years. Other important areas in the exhibition include roman food production in the bay of Naples, different parts of the Roman home, such as the Roman garden, atrium, and dining room, replete with beautiful silverware, statues, and mosaics.

The British diet is transformed

Another interesting portion of the exhibition looks at the Roman influence beyond its borders in places such as Britain. It explains how these food and dining habits changed when they were transported to a new location. Profound changes to diet occurred; for example, in Iron Age Britain they didn't eat fish. In Britain under the Romans, a proliferation of fish and fish farms suddenly appear. Thanks to the Romans, new plants and animals were also introduced into Britain, such as cabbages, carrots, and rabbits. The Last Supper in Pompeii highlights samples of Romano-British food and depicts a smaller Roman-styled kitchen from Britain. 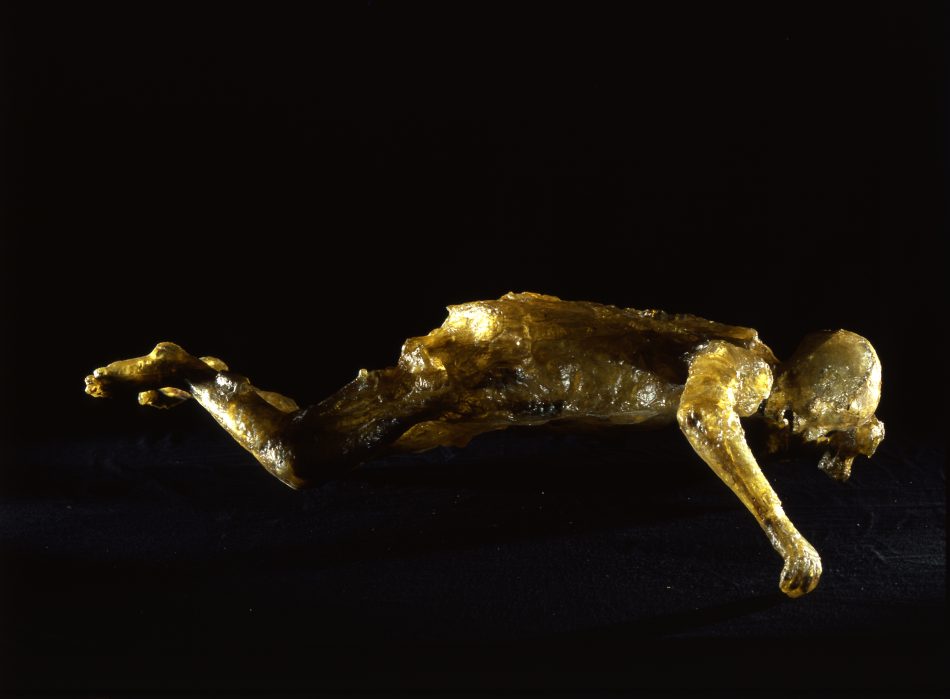 The Lady of Oplontis and the final day…
The famous resin Lady of Oplontis, (the only cast of a Pompeiian in resin) is on display at the close of the exhibition to remind visitors that this all came to a tragic end in one day. Since the Lady of Oplontis is the only cast that can travel from Italy because the other ones are made of plaster of Paris and are too delicate, it was incredible to be able to see her, and the beautiful effects belonging to her from Pompeii. Lastly, she is also a grim reminder of all that was lost of this vibrant culture on that fateful day, and that these artefacts all once belonged to real people whose lives were abruptly cut short when Vesuvius erupted in AD 79.

The Last Supper in Pompeii does a wonderful job of recreating and retelling the story of Roman daily life, in particular, the Roman love affair with wine and food that has survived to this day. This is an astonishing, must-see exhibition for your next visit to Oxford.

Planning on seeing the exhibition? Fascinated by Pompeii?
Then get a copy of our Pompeii issue here!