April 2021
I recently took my family on a short local holiday, a staycation as they call it (the first break for us in over two years - because of the year we've all had and to support the local economy because of the year they've had). We sampled various beaches, one of which was Murrays Beach (which I was determined to get to for obvious reasons) in Jervis Bay Territory, Australia. 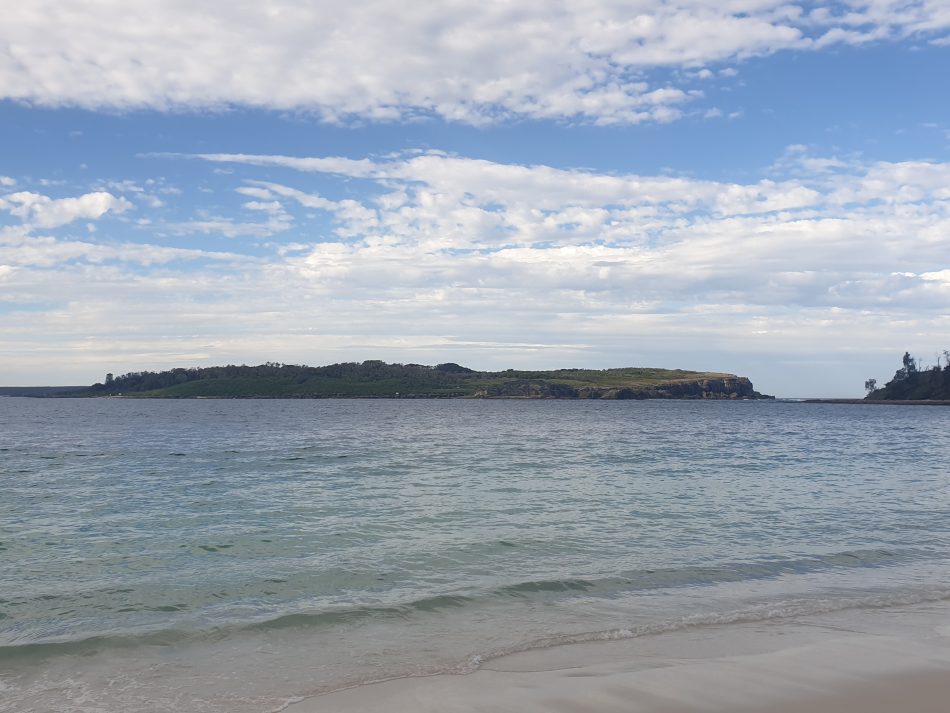 Now, ancient military history is never far away from my thoughts but standing on that beach I couldn't help but ponder deeply, all of a sudden, about the battle of Sphacteria, fought during the Peloponnesian War between Sparta and Athens, in 425 BC. I had not expected or planned to think of that battle but it broke over me like a rogue wave; I'll get to the reason why that battle in particular burst into my head in a moment. I have travelled around Europe and visited several ancient battlesites and many museums which have ancient military artefacts in their collections; not as much as some of my colleagues but a not insignificant amount. I even did that on my honeymoon and I am forever grateful to my wife for indulging me! But the insights from an actual battlesite or ancient objects can be different from what I  am talking about here (especially when the battlesite has been altered or changed over time or the  artefacts are in a, perhaps, sterile environment). Attila the Minnesotan?. This was the second time I've had an epiphany regarding ancient warfare whilst travelling or on holiday (and not in the locale of the warfare or battle I found myself contemplating). The first time was in northern Minnesota in 2016 - there, I was struck by how flat the landscape was; it felt very foreign to me (a life without hills to someone from New Zealand is almost incomprehensible). It was also, I realised, a thousand kilometres from the sea in all directions (which again, to someone from New Zealand, felt very unsettling - the furthest from the sea you can get in my home country is 119 km!). 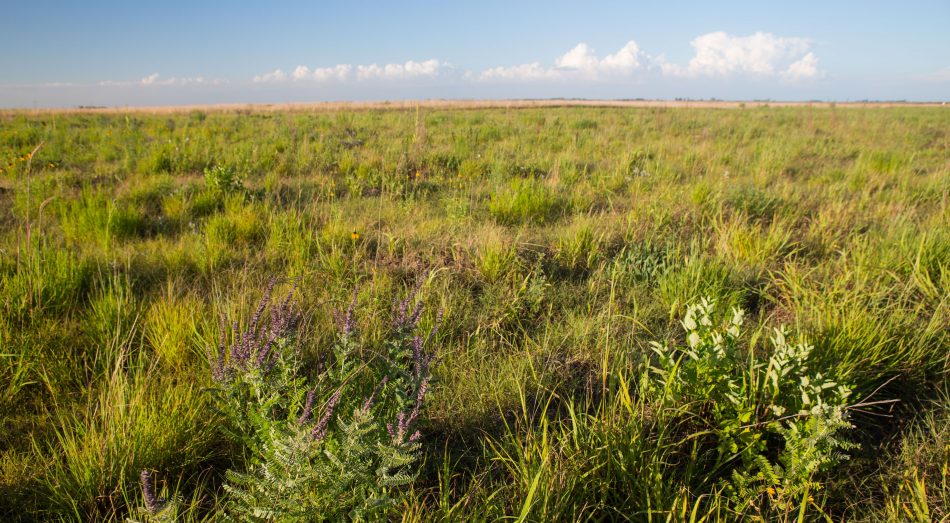 When, however, it was pointed out that the terrain in northern Minnesota was similar to that which Attila and the Huns roamed across on the Pannonian and Eurasian Steppe and the Great Hungarian Plain, I was weirdly reassured and had new things to think about as I drove for hours over the seemingly endless flat landscape. I have unfortunately never been to the steppe in my travels so cannot confirm the truth of the observation made to me (but images show it to look similar) - but it had the effect of distracting my mind to think about various aspects of Attila and the Huns.

Back to the Beach Right, back to me standing on an Australian beach thinking about ancient Greek warfare. Murrays Beach is on Bherwerre Peninsula in the Booderee National Park. It faces a small island, Bowen Island, which is separated from the mainland by a narrow channel only 250 metres wide. The island is only 600m wide and 1.1 kilometres long. Closest to the mainland and on the seaward, eastern side (facing towards the Tasman Sea) are precipitous cliffs, but the island slopes down to accessible beaches on its western, landward side which are accessible from the water on that side. To those of you familiar with the battle of Sphacteria (Sfakteria or Sphagia today) the similarities are probably obvious - fought on an island separated from the mainland of Pylos in the Bay of Pylos in the Peloponnese, Greece by a narrow channel (only 220 feet (67 metres) wide). The northern end of Sphacteria island, that closest to the mainland, has precipitous heights but the island slopes down to the water towards its southern end and on its landward side where it is accessible by beach. Sphacteria is 2.2 kilometers long and only 500 metres wide at its widest point. Both islands have similar vegetation with grasses and bushes and a few stunted trees. The lengths of the two islands are the only real difference (that and the fact that Bowen Island's cliffs are on its southern tip, Sphacteria's on its northern); the channel is also wider in Australia. I was struck with these similarities all at once and completely unexpectedly as I gazed out from the white sands of Murrays Beach. Standing on that beach in Australia, staring at Bowen Island, I was able to visualise, in a way I imagine is difficult unless standing at the battlesite itself (or any other similar sites around the world - and there can't be many). The assault on Sphacteria was the final phase in a battle which lasted some three months in late Summer and Autumn 425 BC. A garrison of 420 men from the Peloponnese, including perhaps 180 Spartiates, were trapped on the island by an Athenian force and they withheld a 72 day siege where they were unable to be resupplied from the mainland except by a small number of swimmers and men willing to wreck their boats on the inhospitable shore (some of these were helots offered freedom in return for their reckless bravery). Athenian triremes patrolled around the island and prevented escape, relief, or resupply. According to Thucydides (4.31.1), the Athenian commanders Demosthenes and Cleon landed their forces just before dawn and they rushed a small detachment of 30 Spartiates at the southern end of the island. They had 800 hoplites and thousands of light-armed psiloi made up from the crews of the triremes. A contingent of archers were there too. There was also a small detachment of Messenian hoplites keen to fight for their freedom from Spartan domination. The southern Spartan detachment was quickly overwhelmed and the Athenians moved on to face the main Spartan contingent encamped in the middle of the island (where the island's only spring was located). One of the factors which had decided Demosthenes to attack was the reinforcements he had received from Cleon. Another was the fact that a fire had swept over the island of Sphacteria, denuding it of its undergrowth. Demosthenes had been unwilling to land prior to that and risk getting lost in the tracks of the island's vegetation (with which the garrison would have been familiar) - he had lost half the men of his command the year before in 426 BC through unfamiliarity with the woodlands of Aetolia. Bowen Island was lucky enough to be spared the devastating bushfires which ravaged Australia in 2019 and 2020 but enough similar landscapes have been devastated and denuded by forest fires that this aspect of the battle too I could imagine standing on a beach in Australia. 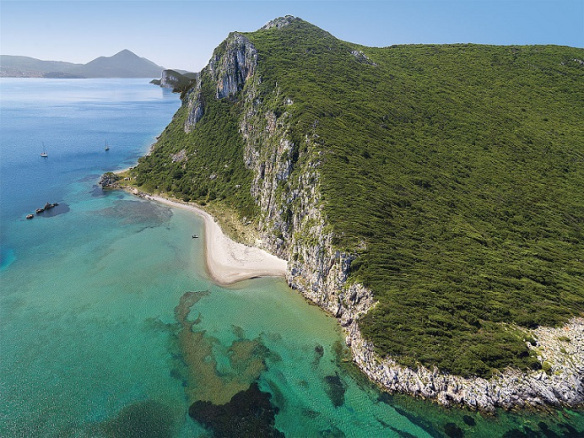 Sphacteria in Australia When Demosthenes and Cleon's troops came against the main Spartan garrison, they outnumbered them by more than 2:1 but the hoplites did not engage. Instead, the light-armed psiloi and archers peppered the Spartan hoplites with missiles before scampering away, unable to be effectively pursued by the heavier armed and armoured Spartan hoplites. Eventually, after suffering casualties, including their commanders, the remaining Spartans were forced to withdraw to the heights of the island and the remains of an old fort. They were pursued cautiously by the Athenians. All this I could see in my mind's eye as I looked on Bowen Island. The cliffs of Bowen Island are vertical and unscaleable, not so those of Sphacteria. The Messenians told Demosthenes that they could scale the heights and come up behind the position of the Spartans, surrounding them on all sides. This they did and the Spartans were surrounded and they eventually surrendered - an unthinkable humiliation to Sparta. 120 Spartiates were taken prisoner and this would lead to Spartan overtures for peace (something Athens refused to consider until her own humiliating defeat at the hands of the Thebans at the battle of Delium in 424). Standing on that beach Demosthenes-like, I could see the entire battle of Sphacteria unfold. I saw the triremes landing in the early dawn and the hoplites, psiloi and archers swarming out and their first attack on the Spartan garrison stationed on the low section of the island. I saw the Athenians move up towards the centre of the island and face the main Spartan contingent. I saw the Spartans assailed by missiles withdraw to the high ground. I could even see the Messenians getting behind the Spartans (not scaling the heights but hugging the western side of the island and making their way with painstaking care so as not to be detected to their position behind the Spartans final position). And I could see the Spartans, surrounded, finally (and unexpectedly) sue for peace. This was a very different experience from contemplating such things reading a text at a desk and I stood transfixed standing shin-deep in the water for who knows how long contemplating a battle fought more than 2000 years ago. I really hope that you, dear reader, have some landscape or feature nearby (wherever in the world you are) which can provide such inspiration - perhaps an open-minded search of nearby terrain is in order. If you are fortunate enough to have an actual ancient battlefield nearby to contemplate you have my unending envy! Such a discovery can provide new thoughts on how a battle unfolded (especially when we can't travel to the sites themselves). Happy searching!