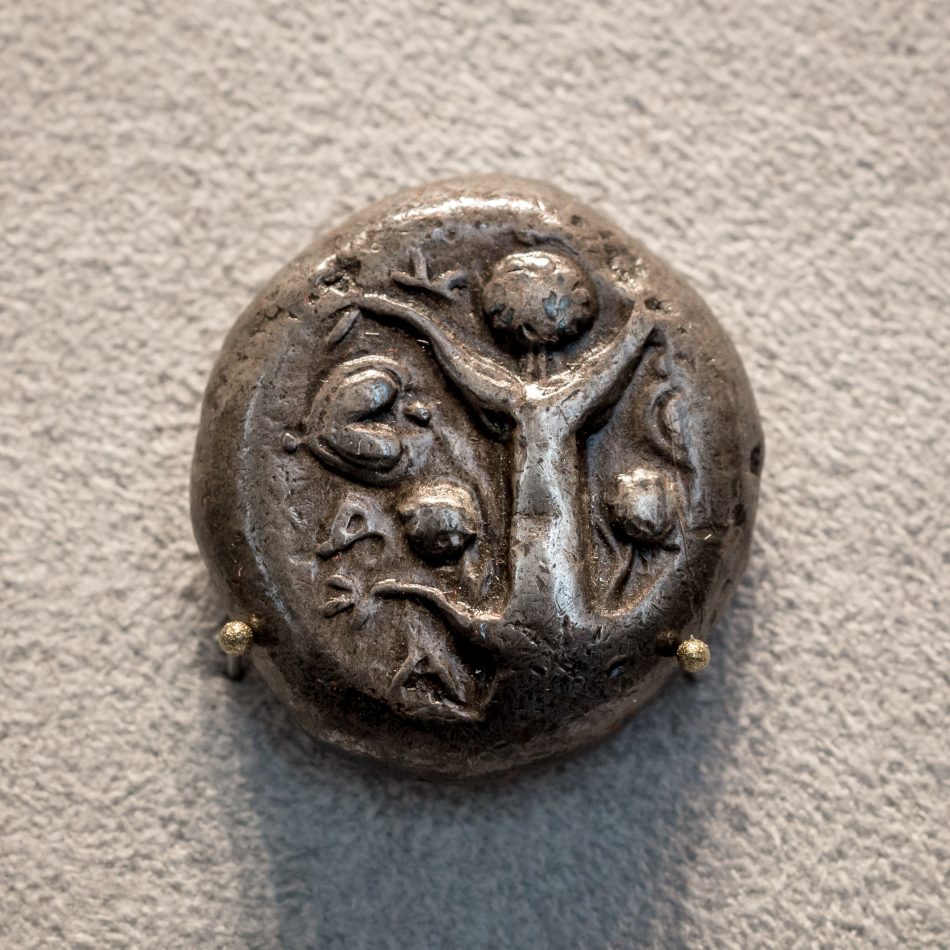 (See Part 1 for the introduction)

Photo (right): Silver tetradrachm from Cyrene showing the adult Silphium plant and its seed, now in Berlin - photo by ArchaiOptix

Silphium is closely associated with Cyrene (a Greek colony in Cyrenaica near modern-day Shahhat, Libya), founded traditionally in 631 BC. It lay in the narrow band of territory where the plant (only) grew. The city may have been a Spartan colony – its founder was Battus the Lacedaemonian (Herodotus 4.154-162). The claim the Dioscuri hailed from Cyrene is another connection with Sparta. The colony later supplied Sparta with ships and men during the Peloponnesian War (Thucydides 7.50). That said, other parent cities have also been suggested (such as Thera). Although now probably extinct and unrelated to the modern plant of the same name, silphium was part of the Apiaceae family (celery, carrot, and parsley) in the Ferula genus, and may have been giant fennel. According to Theophrastus (Enquiry into Plants 3.2.1, 6.3.3) it could not be cultivated. The fact that it only grew in a the coastal zone of Cyrenaica – which only measured some 200 by 50km – surely did not help its survival. The plant had several remarkable medicinal properties (see Pliny Natural History 22.48-49 who notes more than forty remedies in which it could be used). It is likely that its medicinal use, and especially its contraceptive or abortifacient properties, caused its extinction as early as the third century BC. It was a massive export for Cyrene and this was commemorated in various ways by the city, on coins (showing both the seed and the adult plant), and in pottery and relief. The wealth brought in made Cyrene the richest city in Africa until the rise of Alexandria. 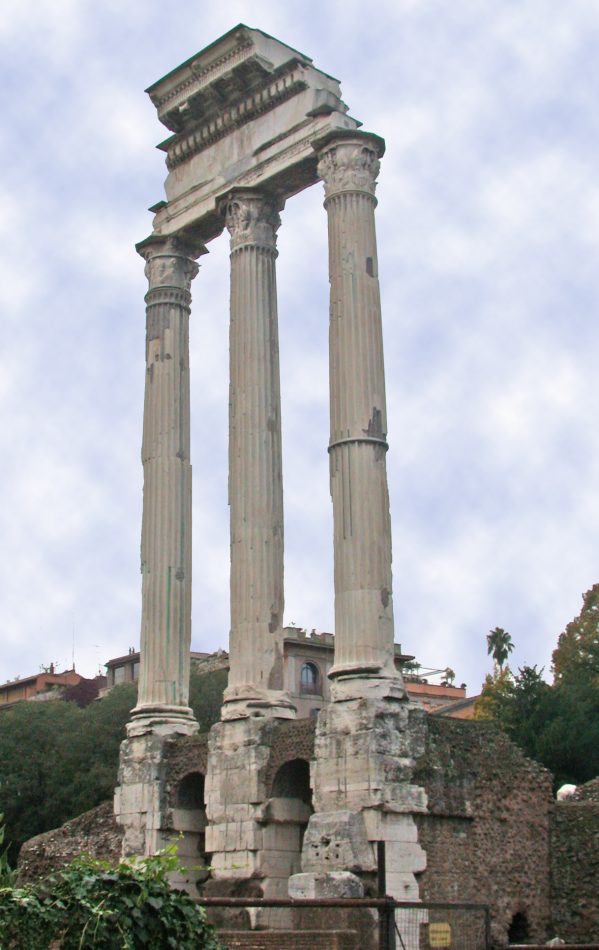 Silphium and the Dioscuri

Photo (right): Remains of the Temple of Castor and Pollux in the Roman Forum - Photo by MM

The association with both the Dioscuri and Phormion, however, give it its military aspect.  The Dioscuri were associated with (white) horses (‘white horse’ was the meaning of Leucippus which provides another connection to Hilaeria and Phoebe). Most importantly for our purpose, the Dioscuri were also associated with interventions in battle. Cicero records (De Natura Deorum 2.2) three occasions where such a thing happened, all with similar circumstances. They are the battles of the Sagra River (c.600 BC), Lake Regillus (in 499/496 BC), and Pydna (167 BC).At Lake Regillus, the twins appeared on horseback according to Dionysius of Halicarnassus (Roman Antiquities 6.13). Several sources retell the story, and the son of the Roman commander, Postumuius, dedicated a temple to the Dioscuri in the Forum in 484 BC. Other battles are linked to the Dioscuri, such as Plataea (Simonides fragment 11.30), the Roman victory over the Samnites in 305 BC (Pliny Natural History 34.23.2), Cynoscephalae in 197 (Plutarch Flamininus 12.5-6), Vercellae in 101 (Pliny Natural History 7.86.3), and Pharsalus (Cassius Dio 41.61). All of these battles were watershed moments of vital importance in military history and so the association of the Dioscuri with them was significant. The Dioscuri were also associated with the announcement of the outcome of important battles – known as ‘epiphanies’. They appeared and told of a victory in the case of both Pydna and Lake Regillus. There are, in total, nine ‘epiphanies’ involving the Dioscuri. The earliest association between the Dioscuri and a decisive battle is the battle of the Sagra River. And that battle was associated with Phormion as well. Check back tomorrow for more on the battle of the Sagra River!