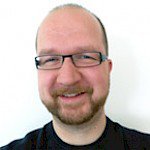 That should probably really be Volume XI, but I suppose there’s been too much series-tv-watching lately. You get the idea. Ancient Warfare X.6 is now in the very capable hands of our printer, which from an editorial point of view at least, closes out that Volume. It is also Josho’s final issue; he’s off to edit sister-magazine Ancient History for which he has many new plans. Here, I’d like to thank him for all the hard work he’s done on Ancient Warfare from issue VI.5, where he was dropped in at pretty short notice, and making it his own over the past four years with new contributors, features and departments. I’m confident he’ll build Ancient Warfare’s baby sister into a fun, interesting and wide-ranging magazine about all aspects of ancient history. In the meantime, it’s up to me to take the reigns at Ancient Warfare again and shake it up.

As Josho indicated in the blog in which he announced the new ‘Roman Army In Detail’ regular feature, it’s a good thing to do so from time to time anyway, it ensures the magazine doesn’t become ‘samey’ from issue to issue. But I simply have to. ‘Hollywood Romans’ and ‘Graphic History’ are moving with Josho to Ancient History, leaving a gaping hole. Not to worry, I have used the holidays to work out a cunning plan: introducing ‘Grave Matters’ and ‘Tactically Speaking’!

‘Grave matters’, its introduction is perhaps no surprise, will take a single tombstone of an ancient soldier and analyze his life and career as much as possible as well as reconstruct his appearance, space and information permitting. For sheer quantitative reasons, the majority of subjects will be early Roman imperial, but we’ll certainly cast our eye around for Greek, Hellenistic, Republic and Late Roman samples too.

‘Tactically speaking’ is planned to be a long series in which we’ll look at all manner of tactical questions throughout ancient history from the Sumerian shieldwall to the late Roman fulcum, as well as siege and naval tactics. Inevitably these will be more meaty topics that’ll be hard to illustrate, but I think the Ancient Warfare readership will enjoy a more technical or abstract look at the evolutions on the parade ground and on the battlefield with a few well-chosen diagrams to show what’s going on.

Volume XI - to be precise issue XI.3 - will also see the 10th anniversary of the first issue of Ancient Warfare I.1. We’ve already done a celebratory 50th issue in the recent past, so I don’t think we’ll do anything special in that particular way. However, I’m sure we’ll think of something to celebrate the landmark date anyway. Moreover there’s the upcoming Generals book and the planned resumption of our Specials series, so there’s exciting times ahead, I do believe. Stay tuned, or better yet, subscribe!