Back to the trenches 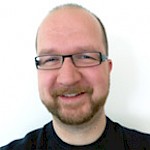 In a small company like ours, a managing director can really do only so much. Find new editors once in a while, loom over those editors’ shoulders till they get annoyed, launch a new project, find more efficient ways to do things. Otherwise it’s just sitting in the corner office, smoking cigars.

Trouble is, we have no corner office on our premises and even if I were a fan of smoking, the law forbids these things in the workplace (I do feel very nostalgic about the lingering smell of pipe and cigar smoke, but that’s a different story). Twiddling my thumbs is also not something I’m terribly good at. Hence my reinvolvement with Ancient Warfare in the shape of the new Roman Army In Detail section announced a while ago.

More recently, serendipity arrived when Josho offered he’d be interested in taking Ancient History Magazine to the next level after Jona’s departure. It may sound a bit like “it’s good to be the king”, but no rank-pulling was involved or required. From January, I won’t just be looking at interesting issues of book and magazine logistics (they are, honest!), but I’ll also be back doing what I’ve always enjoyed immensely: making Ancient Warfare magazine. Josho’s done an excellent job taking over where I left off in late 2012 and I wish him the best of luck with Ancient History Magazine. Will it be the same magazine as I started and edited for six years? Neh, I think I’ll look at changing it up a bit. More later!

Ancient Warfare Answers (237): Why was the Macedonian casualty rate so low?