I have decided I am not very good at blog-posts. This is my fourth attempt – the first (looking at where each individual taxis might have stood in the Athenian battle line) now sits at 9,000 words of dense argument. Oh dear. The second (the size of the Atheninan lochos) sits at 4,000 words (similarly complicated). The third was the case for an older Xenophon (arguing he was born in the 440s not 430, and lived to be over ninety) currently sits at 2,400 words – so they are getting more concise but still too long for a blog post. What to do?

Then I got involved in a debate on Twitter (too short for a blog I hear you say). Indeed. But, the debate (entirely civil I am delighted to say) was with Twitter user @jackgmitchell sparked by a post by @thaumatic about using the Lord of the Rings movies for teaching ancient warfare. I replied that I liked the charge of the Rohirrim at Helm’s Deep and the battle of Pelenor Fields for the effect of a cavalry charge. This brought up the idea of ancient cavalry being able to ‘charge home’ and that there was evidence of ancient cavalry ‘charging home’ without stirrups. 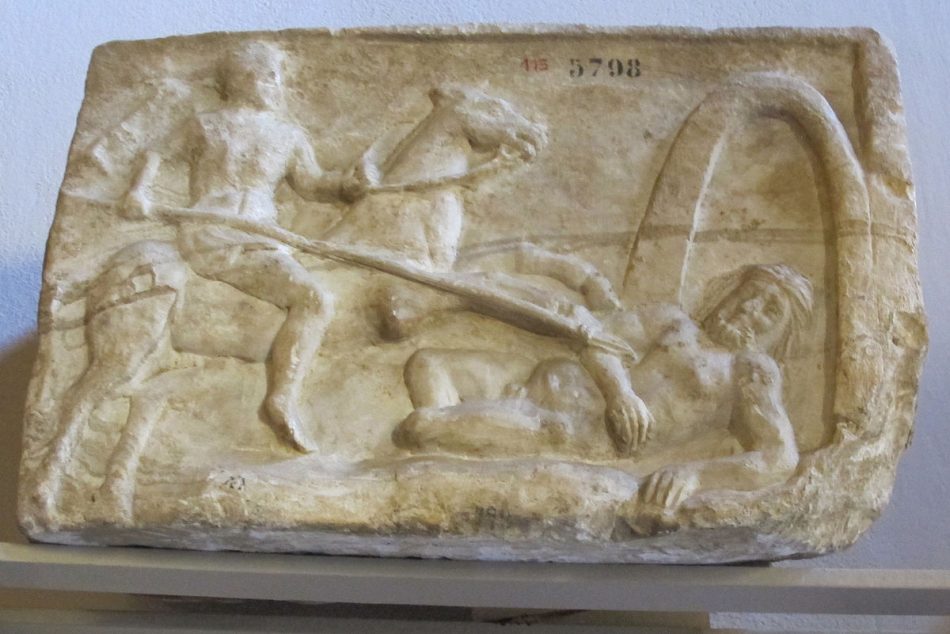 The argument was that it would be difficult to charge in such a way in ancient saddles, without stirrups. Another issue, often raised, is that cavalry won’t charge against something they perceive as solid – hence the success of shield walls, pike formations (and the infantry square of later ages). However, Alexander the Great’s cavalry charges at Granicus (334 BC), Issus (333) and Gaugamela (331) all involved heavy contact (even if they were at weakened parts of the line). Later charges too (such as at Adrianople in AD 378) seem to have been against ‘solid’ enemies and, talking to equestrian friends, you can train a horse to take a jump at something which appears solid. The kontos cavalry lance also appears to have been a two-handed weapon designed for couched charges from the saddle although there is evidence of the earlier xyston cavalry lance being used one-handed. Several cavalry types (cataphracts and clibinarii for instance) were heavily armoured (their horses too) and appear designed to charge deep into enemy formations. 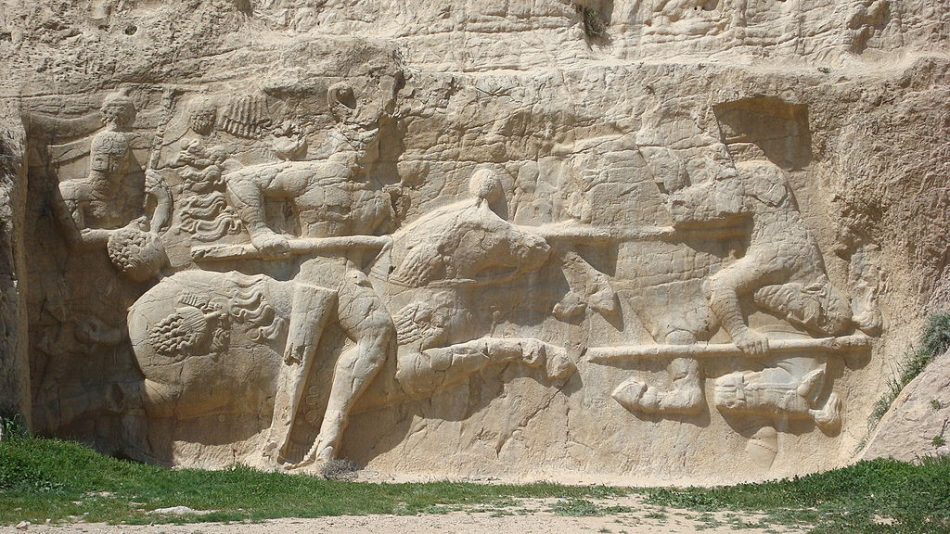 Looking for evidence is tricky however, but Jasper sent me one (from an Etruscan funerary urn) of a charging spear thrust and I was familiar with the Altikulac sarcophagus from the 4th century BC. Then I found some others from Persian tombs in the 3rd and 4th centuries AD which seem to show cavalry, without stirrups, charging heavily against other cavalry and perhaps infantry too (although not against an infantry formation, only individuals). These are from Naqsh-e Rostam, about 12km northwest of Persepolis. In these equestrian reliefs we see Persian King Bahram II (r. 274-293) fighting against mounted Roman enemies) and Hormizd II (r. 303-309). We see in these and other depictions that ancient cavalry could do more than throw or fire missiles and ‘charging home’ was indeed an option. 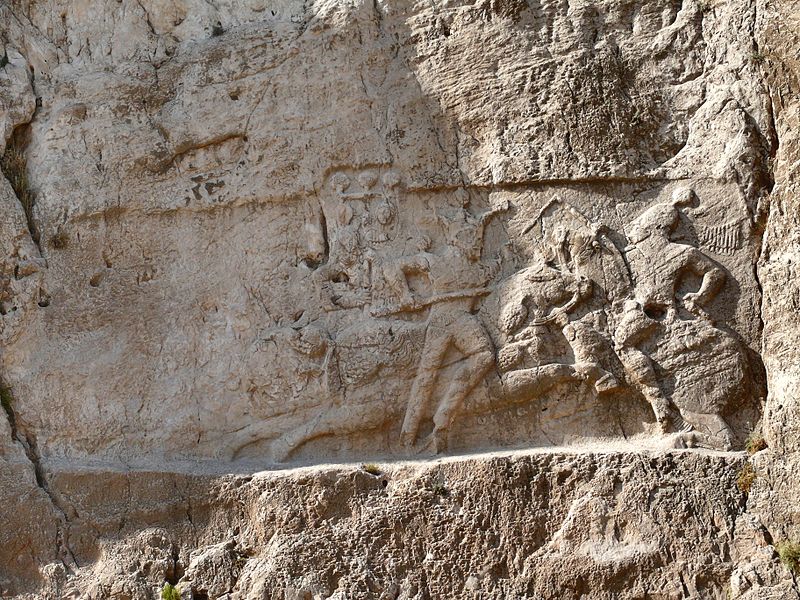