Creating the centrefold for VIII.1

Radu Oltean created another beautiful centrefold for Ancient Warfare issue VIII.1 to accompany Arnold Blumberg’s article on Memnon of Rhodes. The picture depicts the Battle at the River Granicus and the defeat of Memnon’s cavalry. The original sources don’t describe Memnon’s troops, but since they were probably raised in the north-west of Anatolia it seems likely that they were Greek in appearance.

The following pictures show the evolution of the centrefold image. Comments from the earlier article on Radu’s work apply. 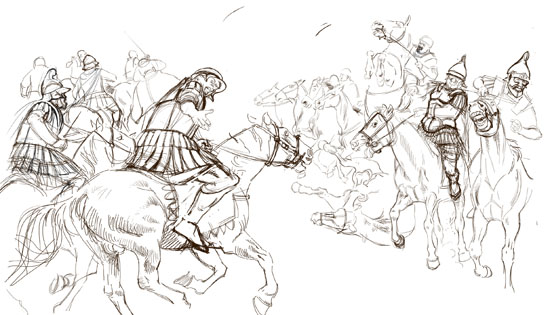 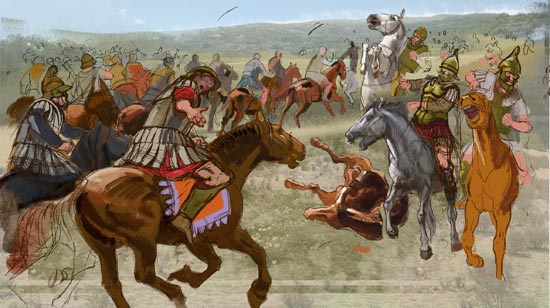 Radu made use of reference photos: 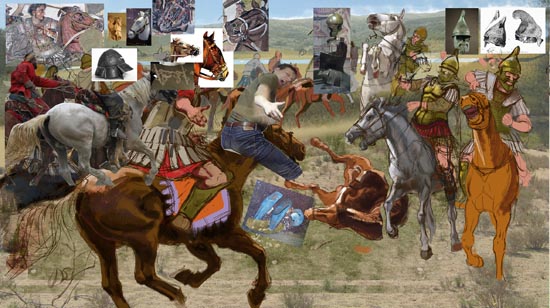 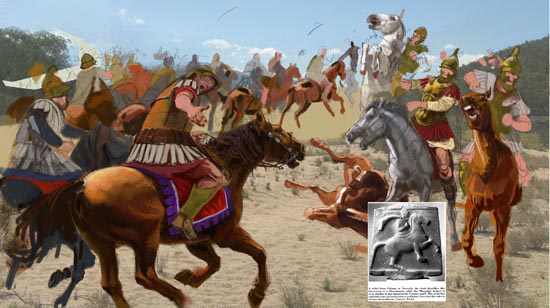 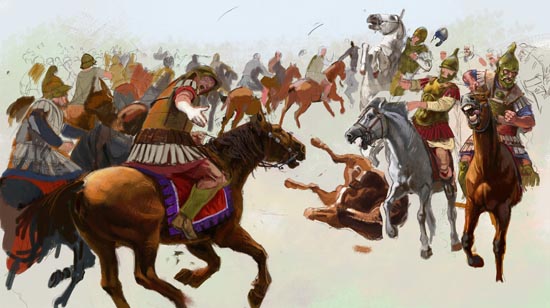 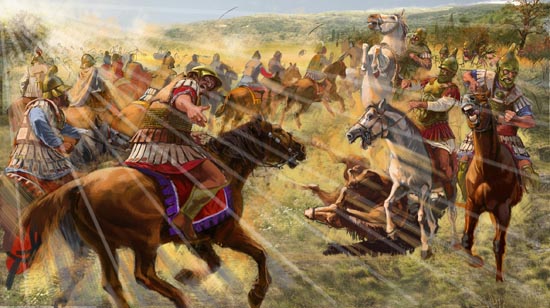 And here’s the final image: 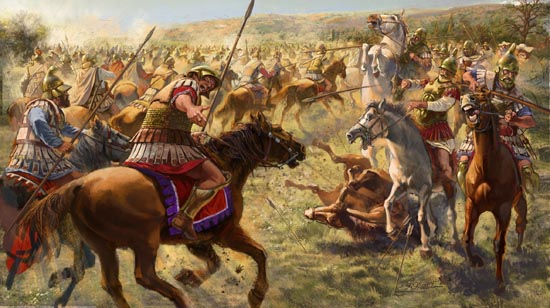 Radu has a blog that you can visit here.