Hercules: The Knives of Kush (review)

For the past few weeks, I have been busy building the new Karwansaray website. Now that everything is again up and running, it is time to continue, for a few more blog posts, the Summer of Hercules. Today, I will be reviewing Hercules: The Knives of Kush, the sequel to the graphic novel Hercules: The Thracian Wars, which I have reviewed in an earlier blog post and which was itself the basis for the movie Hercules 3D (which I also reviewed).

The Knives of Kush is again written by Steve Moore. As with The Thracian Wars, this book was originally published as five separate issues that were later collected and re-issued as a single volume. The artist for this book consist is Chris Bolson (with Manuel and Leonardo Silva). While Bolson does a generally good job, I do think that the Admira Wijaya’s illustrations were more dynamic and interesting. 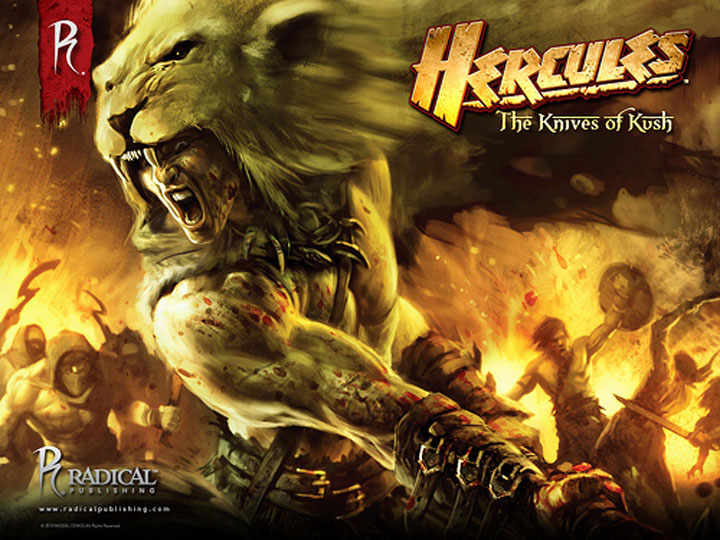 The book picks up immediately after the events of The Thracian Wars. Tydeus and Amphiaraus have both left Hercules’ band of mercenaries to take part in the war for Thebes (we actually get a glimpse of their adventures at one point). If you’ve read my review of The Thracian Wars, you will remember that the first issue (first 24 pages of the collection) was largely redundant. No doubt this was due to what Moore has admitted in the latest interview as his inexperience in crafting longer graphic novels.

In The Knives of Kush, the plot gets going immediately: we are swiftly reintroduced to Hercules and his band, they fight off some pirates, land in Egypt, learn about a band of brigands actually called “The Knives of Kush” (who are in the service of the usurper Amenmessu from Upper Egypt), and then proceed to offer their services to the rightful Pharaoh, Seti II, who rules from Memphis. After some deliberation, they are hired to serve as Queen Tiaa’s personal bodyguard. 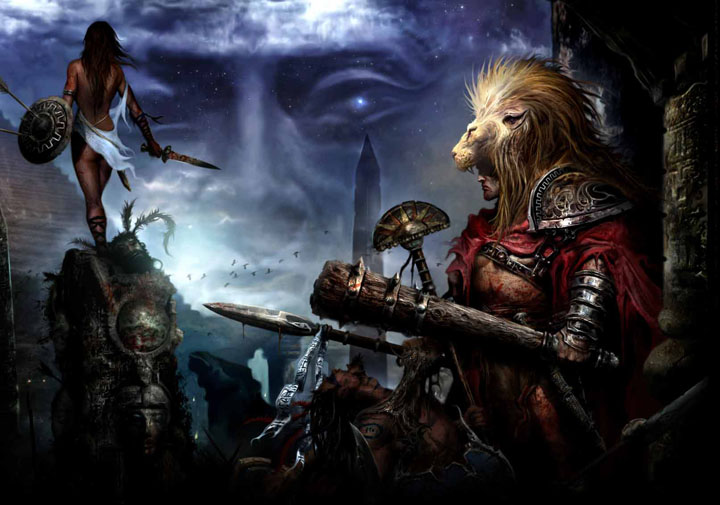 The rest of the plot develops along lines that can be easily anticipated for the most part, but as with the previous instalment, I don’t expect people will read this graphic novel for the intricate story. Compared to The Thracian Wars, this is a leaner, stronger story that keeps moving at a steady clip. One noteworthy element is that Moore was apparently allowed some more freedom than with the previous issue, as there is now some room for more blatantly supernatural elements, and it seems confirmed that in this universe, too, Hercules truly is the son of the divine Zeus.

As an aside, it always amuses me what curse words an author comes up with that he deems are true to the period in question. We are treated early to the old standby, “sons of whores”, as well as the tried-and-tested “son of a dog”. But my personal favourite is uttered towards the end of the story, shortly after a major battle sequence, when Atalanta calls one of the enemy soldiers a “Nubian reptile”, before slaying Amenmessu and referring to his corpse as a “bleeding slab of meat”.

While not as good as the previous effort, as stated before, the illustrations are, on the whole, well-made, even if some of the figure poses are often quite stiff or awkward, and there is the occasional instance where the perspective seems off. Another minor complaint is that the panels are often coloured quite dark and murky – the overall look of the artwork is not exactly what you would expect from a story set in Egypt, which you would most often associate with a blazing sun, stark blue skies, and yellow sands. 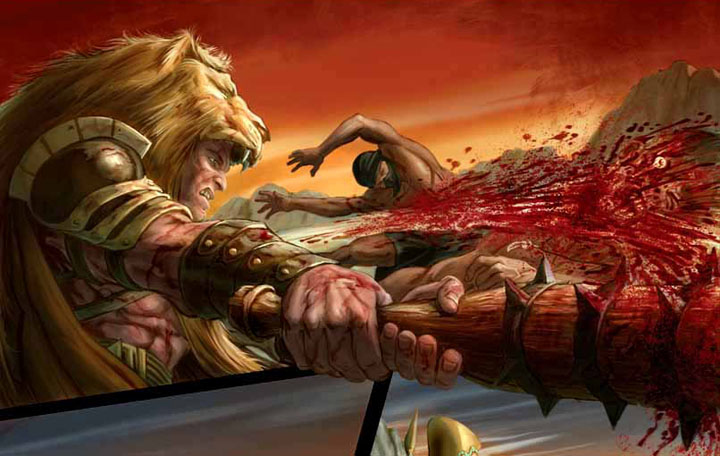 As with the previous book, The Knives of Kush features a foreword and interview with Steve Moore where, again, the research devoted to studying the period in question is emphasized. Bronze-Age Egypt, however, is easier to get correct than Bronze-Age Thrace, because we have so much information readily available. Moore based the overall plot on some details he had apparently gleaned from the historical records, detailing a feud between Pharaoh Seti II and his half-brother Amenmessu. Having said that, though, Moore and his artists still depict ancient Egypt very much in the vein of classic Hollywood movies.

Interestingly from a behind-the-scenes point of view is Moore’s comment in the foreword that The Knives of Kush would not only be his last Hercules story, but “indeed, my last mainstream comics work, as I’ve now reached the point where I’ve had enough of this crazy business”. Possibly his bad experiences with the making of this movie, Hercules 3D, had something to do with this, as hinted at in the interview. Steve Moore died last March, shortly before the release of Hercules 3D.