An ode to helmets 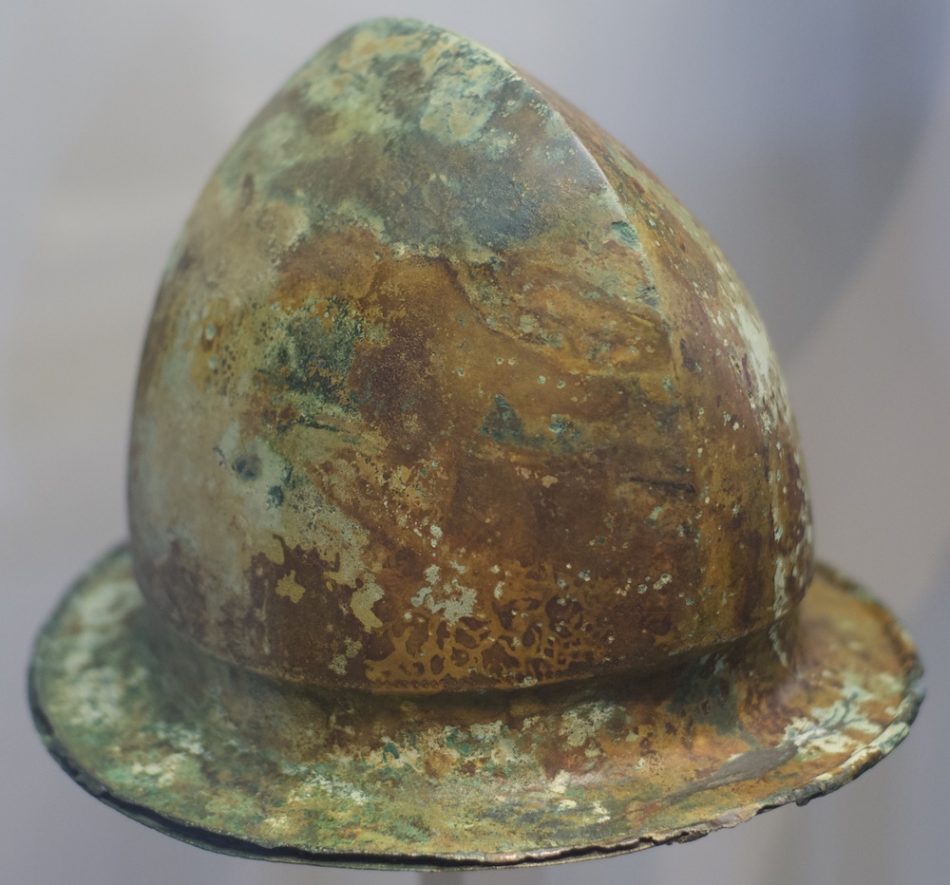 I'm not an archaeologist - trained as a historian instead - but somehow my thoughts easily turn to material culture. Or rather, they turn to a specific kind of material culture that concerns warfare: helmets. When I stop to think about why this might be, the instant answer is often simple. Helmets are just awesome (I have mentioned before that a certain hardcore enthusiasm is important).

If you stop to truly consider it, there has to be more than that. Sure, helmets are often aesthetically pleasing. Many are works of art, or at least testimonials to the quality of ancient workmanship. On the other hand, others are clearly shoddy affairs, made in haste in the largest numbers possible. Helmets also survive in decent enough numbers and often in a decent enough state that museums are eager to show them in their collections, from where they appear in Ancient Warfare. 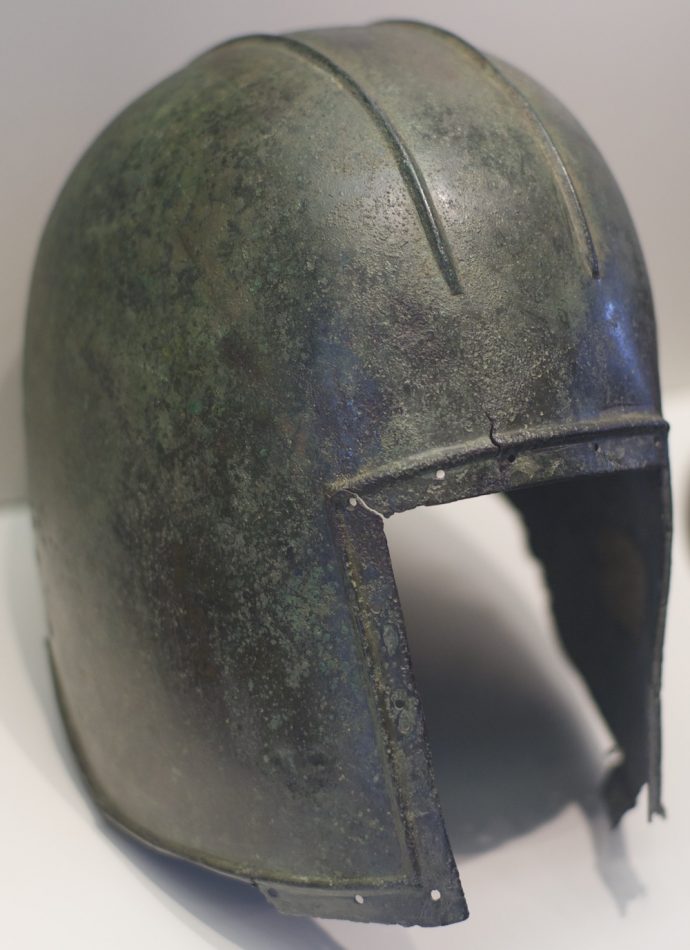 Illyrian helmet - more likely to have been used in southern Greece - now in Berlin.

Apart from how cool they are to look at, I suspect helmets enliven history. You can see it in children at a reenactment event - when they get to try on a helmet, they instantly feel transported. Something to do with its weight, perhaps limitations of sight and sound, nearness to your senses. It'd be interesting to hear from reenactors whether the helmet feels like an essential part of their gear, or if I'm just imagining things.

Helmets are also a useful scientific resource, although they can be tricky. They are often (roughly) datable, either by the find circumstances or by comparison to similar helmets. The materials used, construction methods, and decorations can help illuminate the culture that made it. Their design can help us deduct changing tactics or fighting methods. Think of the Corinthian (and other Greek helmets) that start to get holes for the ears in the late sixth century BC, which suggests commands were becoming more important. Centuries later, Roman helmets fairly suddenly start to 'grow' much bigger neck guards in the middle of the first century BC, which probably means they felt more threatened from above.

The tricky part in the above is typology, of course. We're very used to thinking in serial production and specific models. That works very well for archaeologists who enjoy identifying pottery, which was made and survives in massive quantities. It's much more tricky for helmets, which is probably borne out by the confusing terminology used in their typology. Greek helmets are mostly named after a people or region, faulty or not, but there are exceptions such as the Kegel helmet, named for its shape, or the Pilos, after the felt cap. Elsewhere helmets are usually named after their first find (Negau, Montefortino), a habit that's continued on the Continent into the Imperial era (Mannheim, Weisenau). H.Russell Robinson's typology introduced new names for the Imperial era (and sub-models for earlier helmets) based on origin - the Imperial Gallic helmets as a continuation of Celtic designs - or purpose (Cavalry Sports - debatable - or Auxiliary), all with subtypes, sometimes based on such small differences that it'd be legitimate to wonder whether ancient armorers would have cared. Perhaps we need to collect all the available data and come up with a new typology? That'd be a fun project to test our enthusiasm!