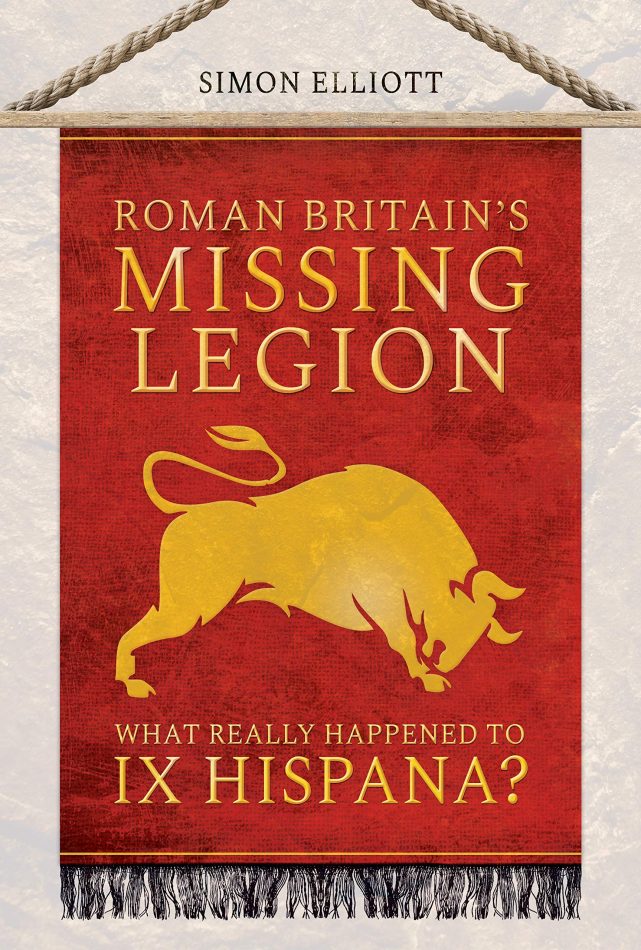 History as it Ought to Have Been: The Ninth in the North, Yet Again “It is not the story as it was – but as it ought to have been.” So wrote the late David Gemmell in the foreword to Ghost King (1988), an Arthurian fantasy. Despite being set in sub-Roman Britain, the Ninth Legion plays an active role in Ghost King and its sequel, Last Sword of Power. Novelists can get away with that sort of thing. Some readers may be aware of my admiration for the works of David Gemmell. I dedicated For the Glory of Rome to him, and credit him with igniting my interest in the Roman army. However, not even Gemmell could stir in me an appreciation for Roman Britain. As a young boy, this North Briton lived close to the Roman forts of Whitemoss and Barochan Hill. The invisible forts: there are no ditches, no ramparts. They can be discerned only from crop marks. Nothing to see, nothing to stir the imagination. The backdrop to Whitemoss was rather more stirring: the mighty Clota (Clyde) and Dun Breatann (Dumbarton, the fort of the Britons). There is something to see of the Antonine Wall directly across the Clyde at Duntocher. This was occasionally visited en route to somewhere more interesting (like the picturesque Trossachs - Rob Roy country), but the remnants were minimal and uninspiring. It instilled a lingering disappointment in Scotland’s Roman remains and a general disinterest in Roman Britain. A move to Moray found me living within spitting distance of Bellie (Fochabers). It is thought to be the most northerly Roman marching camp (or camps; there may be two). There is nothing to see, of course, the plough has erased the remains.  Considering the location, Bellie is presumably Flavian and perhaps an entrenchment of the Ninth. Might the legion have camped here in the aftermath of the great victory at Mons Graupius in AD 83? Well, it depends on where you locate Mons Graupius, the famous battle at which the Ninth and Agricola’s other legions were mere spectators. The Caledonian horde was battered and scattered by Batavian and Tungrian auxiliaries.  The Graupian Mountain is usually identified with Bennachie in Aberdeenshire, but that is hardly at the very extremity of Britannia, where Tacitus says the battle was fought. The legionaries at Bellie, some 40 miles northwest of Bennachie, would have been quite aware that another great chunk of Britannia lay just across the Moray Firth. Professor Anthony R. Birley’s suggestion that Mons Graupius be identified with Ben Loyal is much more attractive; it is the kind of dramatic location where such an important battle ought to have been fought. Was Bellie a campsite on a march to Ben Loyal? Probably not. No Roman camps are known (as yet) in the far north. There is a point to this autobiographical ramble. As much as I am indifferent to Roman Britain, there is a part of me that feels I should at least try and take an interest. If only some enterprising scholar could make it a bit more exciting. In Roman Britain’s Missing Legion: What Really Happened to IX Hispana? (Pen & Sword, 2021), Dr Simon Elliott concludes: “The legion was lost in the north of Britain”. Really?  The old trope that the Ninth was destroyed in Britain, in some northern war (alluded to by the Historia Augusta and Fronto) against the Brigantes or Caledones in the early years of Hadrian’s reign, has been debunked by the greats of Roman army studies. The legion survived at least until the AD 140s. Even Professor Lawrence Keppie, who favours an earlier rather than a later end for the legion, is prepared to consider that; what he really doubts is that it marched on until AD 161 to meet destruction beneath a hail of Parthian arrows at Elegeia. An unnamed legion was annihilated at Elegeia and, despite Keppie’s misgivings, the Ninth is the only likely candidate. Still, I am ever hopeful that something will make the scales fall from my eyes and reveal Roman Britain in its full glory. Has Elliott discovered something interesting about the history of Britannia and the fate of her most famous legion? Has he proved that the Ninth made a noble and defiant last stand in the North?  No.  Elliot describes his work as “an historical detective story” but one suspects that, rather than follow the not inconsiderable prosopographical and archaeological material with an open mind, he started with his conclusion already fixed. The evidence for the careers of the legion’s officers post-AD 120, and its movements (i.e. from Britain to Germania Inferior and then probably to the East), are briefly noted and politely glossed over.  This makes sound commercial sense. Elliott’s target audience is familiar with Rosemary Sutcliff’s hugely popular Eagle of the Ninth and its sequels. ‘Facts’ firmly embedded in the popular imagination are difficult to shift. Elliott has written a book that tallies with what is already ‘known’, i.e. that the Ninth was destroyed by British tribesmen in c. AD 117/119. This is history as many feel it ought to have been, but not as it was.  AW’s readers are better served by Dr Duncan B. Campbell’s article on the matter (AW issue IV.5), and his exemplary book, The Fate of the Ninth: The Curious Disappearance of One of Rome’s Legions (2019).