I think Graham Sumner created a wonderful painting of Felsonius Verus, the aquilifer of Legio II Parthica for Ancient Warfare XI.2. That painting includes a new interpretation of the famous (or should that be notorious?) eagle compared to the one seen in, for instance, on the cover of Ross Cowan’s Imperial Roman Legionary 161-244.

I’ll let you check out the new article for yourself, but I thought it’d be interesting to have a look at some other tombstones of standard-bearers in the meantime.

When I collected photos for the Romanarmy.com Imagebase (yes, I WILL resurrect that project at some point), it was always extra exciting to find stones of the signiferi, imaginiferi, and aquiliferi. For one, the standards themselves are interesting and always different, but I’m not aware of any book or article that has explained the various elements on the standards satisfactorily. If I missed something, please let me know!

Today, I wanted to just show some of the, granted well-known, tombstones I have photos of in my collection. All but one date to the mid to late first century AD. In that period workshops in the Rhineland and in the UK carved impressively detailed tombstones out of locally available stone with images depicting the deceased. The tradition certainly continued throughout the 2nd, 3rd and even the 4th century, although the quality and detail isn’t always equally high. Geographically speaking, the focus seems to shift to the Balkans, Rome and the East. Though for the latter we always have to take into account the vagaries of survival through the ages. The castra in western Germany, the Netherlands and Britain have generally been more thoroughly excavated than anywhere else.

Anyways… to the stones, in completely random order!

Signiferi, whether in a legion or in an auxiliary unit, were at least sesquiplicarii, i.e. they earned  1.5 times as much as an ordinary legionary. Hence they could more easily afford fancy tombstones! 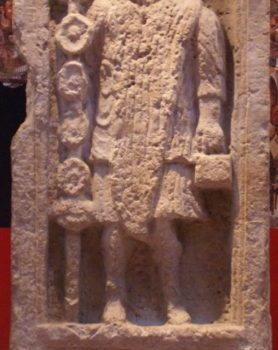 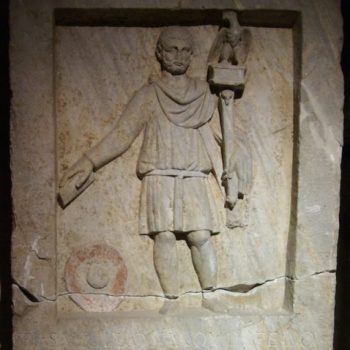 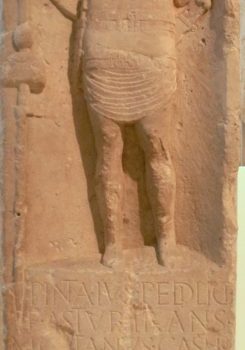 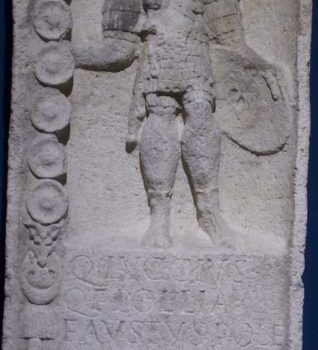 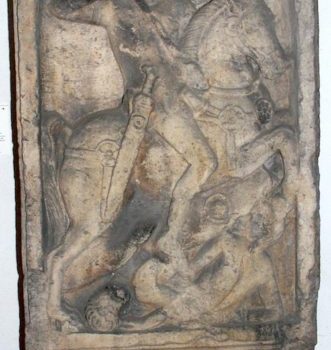 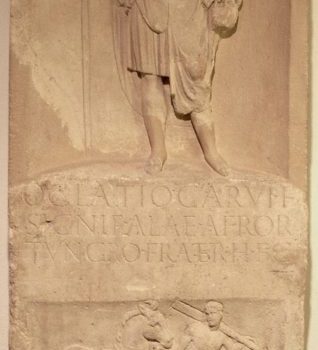