The Art of Ancient Warfare 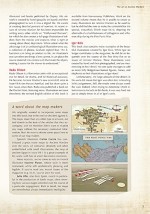 It’s certainly been a busy year for us here at Karwansaray Publishers. This time, a year ago, we were putting the finishing touches on the Ancient History Magazine Kickstarter campaign, which launched March 18th. Two weeks later, we hit our target and even reached a stretch goal or two by the time we hit the end of the campaign on April 17th.

We were exhausted, but thankful. Of course, that was only the beginning of our hard work: we actually had the first issue of the magazine to finish! Jona Lendering proved to be an able editor and got the issue done on time (and on budget, as they say), and before long he was trundling along, preparing and completing new issues. In fact, issue 3, on Pergamon, is at the printer’s; you can pre-order it now (or subscribe, which is what we’d prefer you do, really!).

Kickstarter backers, at certain tiers, could pick a reward in the form of a book, either Edge of Empire or Henchmen of Ares, or a new book: The Art of Ancient Warfare. It took longer than we would have liked, for a variety of reasons (mainly, lack of time), but last week I did the final corrections and Christy and Jasper put the final polish on the book. It’s done! 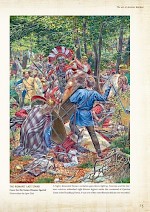 And it’s pretty great. The issue collects some of the best artwork of the first fifty issues of Ancient Warfare. Text is kept to a minimum: Jasper wrote an introduction, Christy discussed the importance of cover illustrations, and I wrote about a few things, including an overview of illustrators whose work are included, a bit about a failed cover (that needed to be replaced at relatively short notice!), and some information about the techniques used by Radu Oltean in the creation of his centrefolds.

But the bulk of the book consists of pictures. Loads and loads of pictures. The book as a whole is 100 pages in length and most of those feature illustrations. You can expect artwork by people who used to contribute to the magazine, most famously perhaps Igor Dzis, as well as those who still work for us, such as Johnny Shumate, Milek Jakubiec, and Angel García Pinto.

One of the things that I like in particular about the book is that we were finally able to give Rocío Espin’s beautiful rendering of Jerusalem the space it deserves. Originally created to accompany an article by Sidney E. Dean in issue VIII.5 as a half-page illustration, we were now able to print it spread across two pages.

All in all, we’re all very happy with how the book turned out. Some Kickstarter backers who selected the book as their backer reward will be sent a copy as soon as it comes back to us from the printer’s. If you want a copy, too, you can now pre-order it in our webshop.