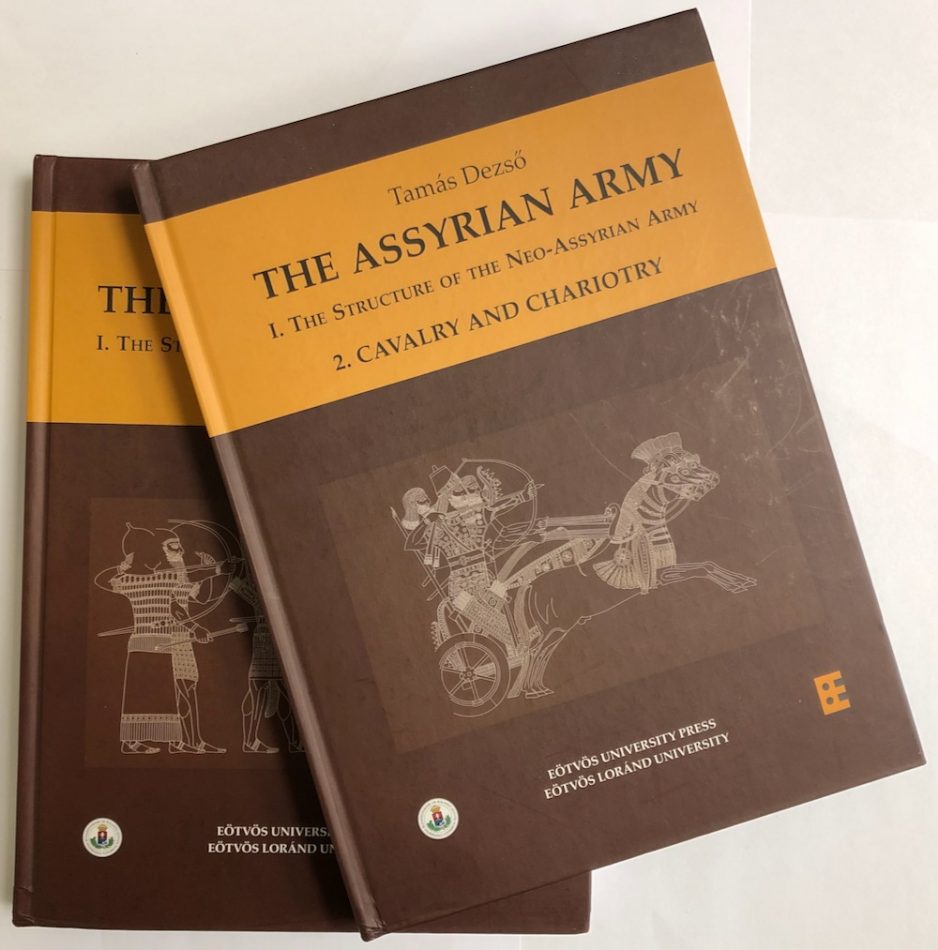 For an army that features in the Bible, and is famous for its depictions on reliefs seen in museums the world over, there are remarkably few books dedicated to the Assyrian army. I just checked with Osprey - they offer a grand total of one (1). Amazon sells a few more. There's a children's book with an interesting cover, and an expensive two-volume set published by a university in Hungary. In the post-Christmas glow, and having found that ordering from Amazon.de saves a good chunk of change, I splashed out. So what do you get, apart from nearly 600 pages total on the Assyrian army?

The two volumes - Infantry in Vol I and Cavalry and Chariotry in Vol II - are hardbacks, slightly smaller than A4 and entirely in black and white. There are, unfortunately, no colour reconstructions here. For the reader who wants to delve deeper, each volume comes with its own extensive bibliography, a variety of indexes and charts of surviving names and ranks of commanders and other higher status people. 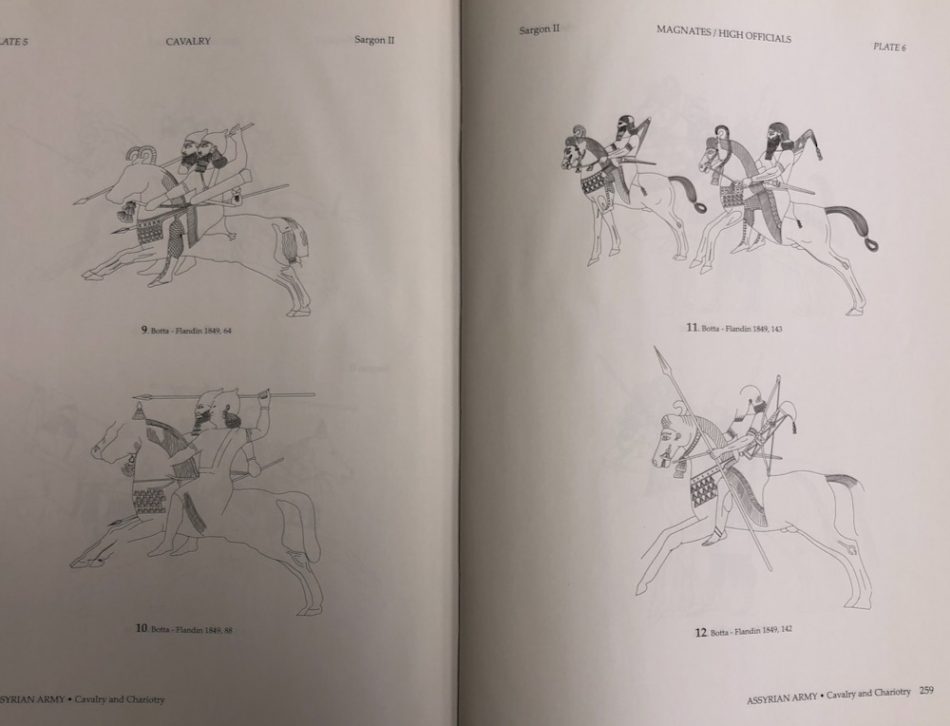 It's not all text, however, as each volume comes with what seems to be an exhaustive catalog of Assyrian soldiers depicted on surviving reliefs (or surviving drawings of such reliefs), grouped by category (auxiliary archers, regular infantry, officers, etc). That should hardly be a surprise as the famous reliefs provide the most important source for what we know about the Assyrian armies. Dezso has combed through the available cuneiform text though, but their information on the structure of the army is limited. Information on the size of the army is generally not trusted, but administrative texts listing personnel or available horses do provide useful information. Archaeological evidence, unfortunately, is too limited according to the author to be useful for reconstructing developments in arms, armour and equipment. 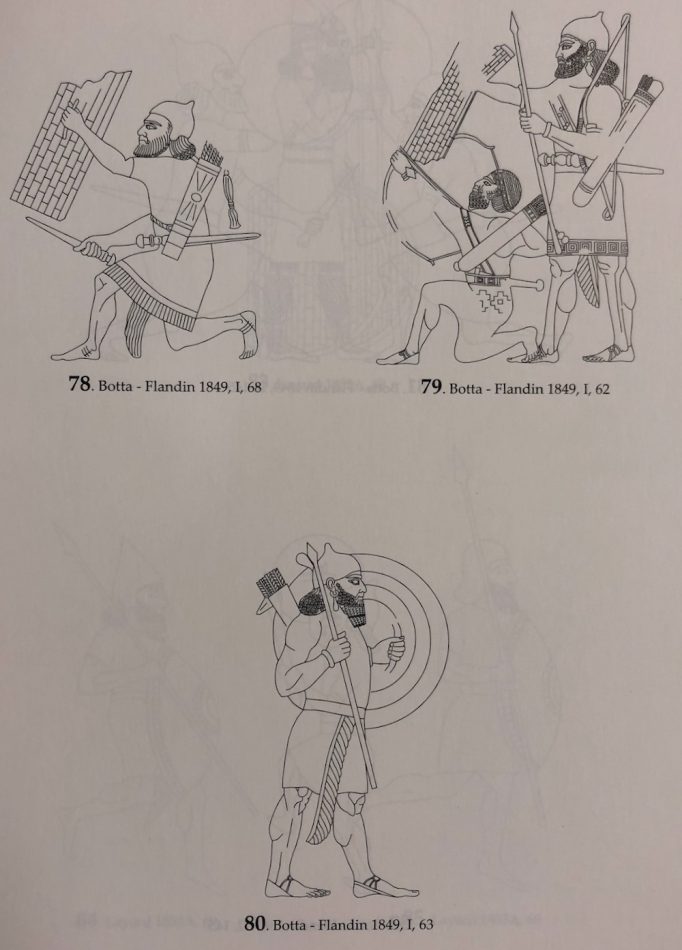 That said, attacking the question of army organisation from the artistic viewpoint is interesting and somewhat novel if you're used to the narrative histories we get from Greece and Rome. The Assyrian reliefs have a pretty clear 'visual language' and they are datable from reign to reign, which allows the author to track developments, such as the introduction and gradual takeover of cavalry versus chariotry. It does present many challenges, not the least of which is the reconciliation of the army as gleaned from cuneiform sources with the image of the army that appears in the reliefs. Dezso has been thorough however, examining over 3,000 soldiers depicted in reliefs. It'd be interesting to compare such a careful analysis with similar examinations of, say, Trajan's Column. 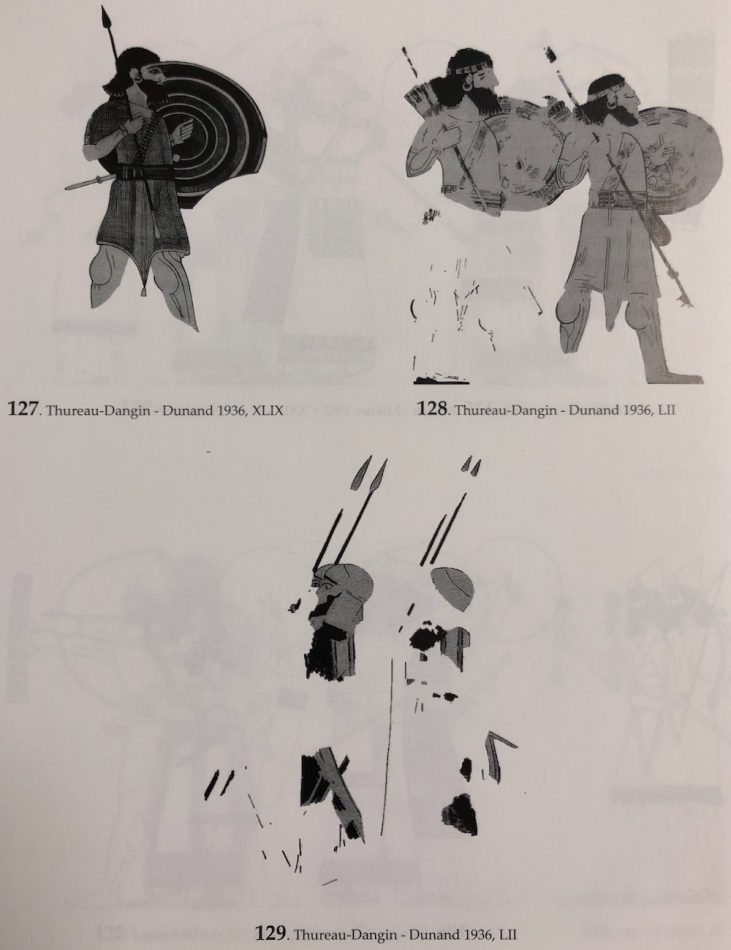 I haven't read all of this in its entirety yet, I must admit, but it's very interesting to dip into and there's clearly a wealth of information here, or as much as we're likely to get about the Neo-Assyrian army. The text is quite technical, and, unsurprisingly, interspersed with Assyrian words and names, which probably doesn't make it a set for the casual reader (if the price didn't make that clear already). But if the Osprey leaves you wanting more, it might be something to consider. In the meantime, are you interested in reading more about the Assyrian army in Ancient Warfare?