The fall of Rome

What better way to kick off the ninth volume of Ancient Warfare than with an issue on the fall of the western half of the Roman Empire?

The issue focuses on the fourth and fifth centuries AD. The scene is set by Jean Du Plessis in his introduction, with a beautiful map by the talented Maxime Plasse that shows the movement of barbarians through Europe, the Near East, and North Africa. Gabriele Esposito has contributed this issue’s Source article with a reconstruction of the career of the (Vandal) general Stilicho. 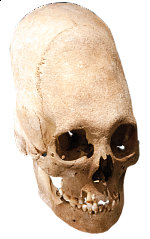 Konstantin Nossov’s article deals with the walls of Rome and the Aurelian Wall in particular. At the height of its power, Rome itself no longer needed any fortifications and the walls it had went into disrepair. As the threat to Rome increased, the walls were restored and were to prove of great importance as the Empire slowly disintegrated.

Robert Vermaat contributed an article (and beautiful photo) for this issue’s ‘The reenactor’. Robert has a great deal of knowledge regarding the equipment used by soldiers of the Late Roman army, and the article (which sadly had to be edited down quite a bit) contains lots of details as regards the origins of the different pieces worn and carried by the man in question.

Corrado Re’s article, ‘Scourge of God’, is on the Battle of the Catalaunian Plains (AD 451), during which the Romans clashed with the fearsome army of Attila the Hun. It has a great full-page illustration by Milek Jakubiec that gives an idea of what the battle might have looked like. A short article by Mark McCaffery, ‘Barbarica Conspiratio’, deals with the disintegration of Roman control over Britain. It is followed by Marc DeSantis’s featured article on the Vandals in North Africa, with a gorgeous centrefold created by the ever-talented Radu Oltean. Sidney Dean rounds out the thema-related articles with a piece on the War of Ravenna. 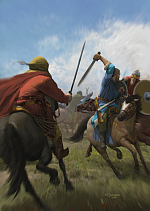 This issue’s Special article has been written by Robert Holmes and deals with the use of the Gorgoneion (the head of the Gorgon) on the armour of ancient Greeks and Romans alike. Duncan Campbell has returned with a Debate article that tries to answer the question of what really happened during the Battle of Aegospotami (405 BC), the last major battle of the bloody Peloponnesian War.

From this issue onwards, Ancient Warfare magazine will also include a new segment called ‘Hollywood Romans’. In this segment, David L. Reinke and Graham Sumner take turns in tackling Tinseltown’s treatment of the Classics. David has devoted the first instalment of this new series to discussing the difference in box office success between movies about charioteers and those about gladiators: the results may surprise you!