The Year of the Four Emperors 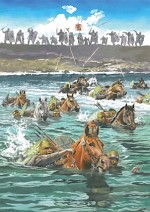 After some minor delays, issue X.6 of Ancient Warfare went to the printer’s last week. It’s the 26th and final issue for me as editor, as I have moved over to Ancient History as of issue 8 (which should be on its way to you if you’re a subscriber). Issue X.6’s theme is on the Year of the Four Emperors, and more generally on the turmoil in the years AD 68–70, from Nero’s suicide to the ascendancy of Vespasian as emperor of the Roman Empire.

William Welsh, who has proven to be a talented regular contributor, wrote the introduction for this issue, which sets the stage for the remainder of the theme-related articles. Tilman Moritz returned to write a Source article on Suetonius, the ancient writer most similar to a modern gossip reporter.

Sidney Dean’s contribution focuses on Roman legions of the period, many of which were disbanded or raised in this period of time. I am very happy that renowned novellist Tony Riches penned an article for us about the Batavian Revolt, for which Marek Sziszko created a beautiful full-page illustration. 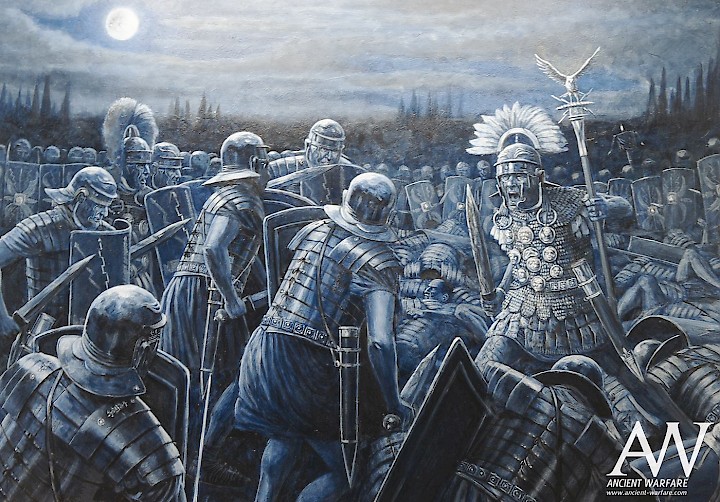 Haggai Olshanetsky next explores the connections between Judea and the upheavals in Rome. A short article by Seán Hußmann examines another man who would have wanted to become a ruler in his own right (but failed), namely Julius Sabinus. Lindsay Powell wrote the main article, on the Battles of Bedriacum, with a beautiful centrefold illustration by the talented Seán Ó’Brógáín. Murray Dahm ties up the remaining loose ends. This issue’s installment of Graphic History, written by me and drawn by talented comic artist Fausto Bica, focuses on a confrontation between Vespasian and Helvidius Priscus a few years after the civil war.

The non-theme-related articles offer a little bit of something for everyone this issue. Duncan Campbell delves into the problem of the first cohort: was it really much larger than the other cohorts? New contributor Tang Long takes us far to the east and gives a vivid reconstruction of the Battle of Chang-Ping, which was not just a watershed in Chinese history, but perhaps also the greatest massacre of the ancient world. It also includes a reconstruction of Chinese soldiers by Angel García Pinto. Finally, Graham Sumner’s contribution for this issue’s Hollywood Romans deals with a classic: the 1960 movie Spartacus.

I’m very happy with how this issue has turned out. Most of the photos were dug out by Jasper, who’s an expert when it comes to Roman warfare and has a large collection of relevant pictures; his assistance was invaluable. The magazine is again in good hands with issue XI.1 and beyond. Be sure to read his ideas for volume XI. If you want to stay appraised of what I’m doing, then just hop on over to the Ancient History website.

Issue X.6 of Ancient Warfare is currently available for pre-order at a reduced price.