Warriors of the Hellenistic age

Our latest issue of Ancient Warfare, IX.5, is at the printer’s! After the fiftieth issue, it’s back to normal, but I certainly hope that this issue will prove as popular as our anniversary issue seems to have been. The theme for IX.5 is ‘Hellenistic soldier’, and I am very happy with how it has turned out.

One thing that I am particularly pleased with, from an editorial standpoint, is the addition of new writers to our stable of Ancient Warfare contributors. I hope you will enjoy the contributions from these new writers: Paul Johstono, Manousos Kambouris, Haggai Olshanetsky, Andrew Hillen, as well as Brian Burfield, who has contributed before to Medieval Warfare. Likewise, I’m happy that this issue also featured another ‘Reenactor’ column, this time written by Kurt Schrauder. 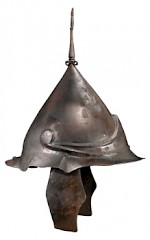 Dr Paul Johstono has written the historical introduction for this issue and I think it really sets the stage for the other theme-related articles. In the span of just three pages, Johstono takes on a whirlwind tour of the Hellenistic age, from the death of Alexander to the coming of the Romans, touching on various subjects that are dealt with in more detail in the other contributions to this issue.

Ancient Warfare regular Michael J. Taylor wrote this issue’s ‘Source’ on the Macedonian Conscription Diagramma, which gives great insights into how the soldiers of the Macedonian army were recruited in ca. 200 BC. On a related note, Haggai Olshanetsky turns to the Levant and discusses the role that Jewish soldiers played in Hellenistic armies.

Some of the theme-related articles focus on particular military units. Dr Manousos E. Kambouris has written an article that deals with the complex issue surrounding the organization of the hypaspist corps in the Macedonian army. Regular contributor Marc DeSantis deals with what the hypaspists eventually morphed into, the Silver Shields. Both of these articles expand on earlier published pieces in issues I.3 and V.6. 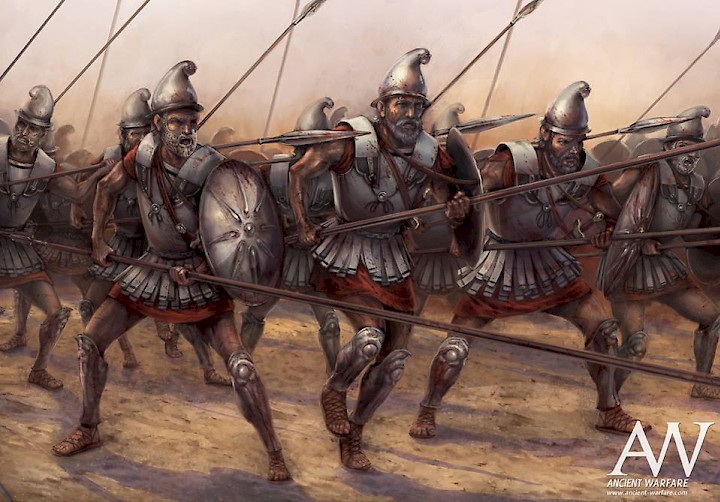 The big battle piece for this issue deals with the Battle of Paraetacene. It was written by Sidney E. Dean and fits comfortably alongside the articles that deal with the hypaspists and the Silver Shields. The centrefold that accompanies the article was created by Micro Paganessi and gives a good look at some ‘angry greybeards’! As far as composition is concerned, it’s similar in approach to Johnny Shumate’s centrefold for our issue on the Theban Hegemony.

As always, I got a lot of proposals for this issue. The quality of the proposals tends to be high, so it’s always difficult to make a choice. For this issue, I therefore included a number of shorter, 2-page articles that deal with matters that I thought added to the theme. Andrew Hillen thus wrote an article on the Achaean League, shining a light on developments in the Peloponnese during the Hellenistic Age, while regular contributor Robert Holmes dealt with treason and why it was such an accepted fact of life in the Hellenistic world during the last centuries BC. 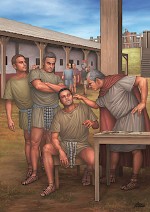 The non-theme-related articles are of interest to Romanists. Brian Burfield deals with disease in the Roman army. Expect a cavalcade of horrible illnesses and other afflictions! Regular contributor Duncan Campbell deals with Hadrian’s Wall and ponders what its precise function may have been: was it primarily aimed at military defence or did it serve more as a customs barrier? Finally, David Reinke’s ‘Hollywood Romans’ article deals with the obscure 1954-movie The Silver Chalice.

If you are subscribed to Ancient Warfare, the issue should return from the printer’s in less than three weeks, after which it will be mailed out to you. Depending on where you live, it should reach you before the end of November or otherwise in early December. If you don’t have a subscription, you can also pre-order the issue now from our webshop at a reduced price.