Karwansaray was fortunate enough to acquire the rights to publish a second edition of Romanian artist Radu Oltean’s book on the Dacian Wars. You probably know Radu from the centrefolds that have illuminated (almost) every issue of Ancient Warfare magazine from issue VII.6 (on Marcus Aurelius) onwards.

The same high level of artistry that Radu has demonstrated in the centrefold pieces is also present in his book, Dacia: The Roman Wars, which you can order in our webshop. Like the late Peter Connolly, Radu has written the text and provided all of the original illustrations and sketches, and further illuminated the text through the judicious use of photographs and historical drawings, maps, and etchings. This is arguably one of the best-looking books to have been published on the Roman conquest of Dacia. 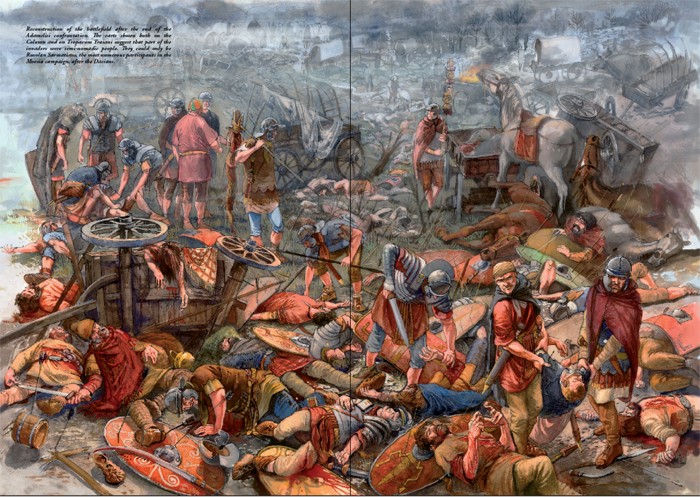 The new second edition is largely the same as the original English version. We corrected a few errors and also made sure that all of the pages had the proper background image applied that was missing in a dozen or so cases (and which most readers will not have noticed at all). If you have any interest at all in Roman warfare or in the conquest of Dacia, you will probably want to get this book: it’s a good overview of the topic and wonderful to simply flick through, as each single page is a small work of art.

A favourable review of the book by Andrei Pogacias was also published on page 57 of Ancient Warfare issue VIII.3 (on the horsemen of the steppes), before the decision was made by us to publish the new edition of the book.

Even though it’s a few years old now, we’re very happy to see that many people are still reading (and reviewing) Edge of
Read More

Rails to the Front reviewed by the Lexington Quarterly

Rails to the Front recently received a fabulous review in the 2018 January edition of the Lexington Quarterly. As Gregor
Read More