February 2022
Hobby spending. For some, the amount spent on the hobby can be delicate subject. Accountability on the amount spent ranges from "I have no idea" to "I am an accountant, I track everything" and all stops in between. Provided that survey respondents actually have a reasonable grasp on spending tendencies, what do the survey results suggest?

The survey lists a series of upper and lower bounds for a number of spending ranges. Each range has conversion equivalents for a number of currencies. To make these various currency ranges more manageable for reporting purposes, these ranges are converted into Spending Bins denoting relative expenditures. The '$' system will be used to denote these bins. The conversions are: A quick histogram of responses shows a somewhat normal distribution with counts skewed to the lower spending bins. 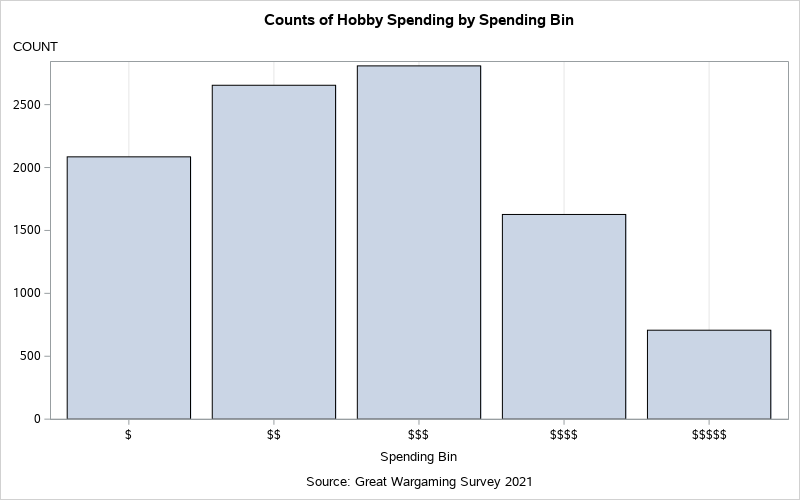 Given that respondents specify level of spending, a follow-up question asks about expected spending for the next year. What does the survey show? 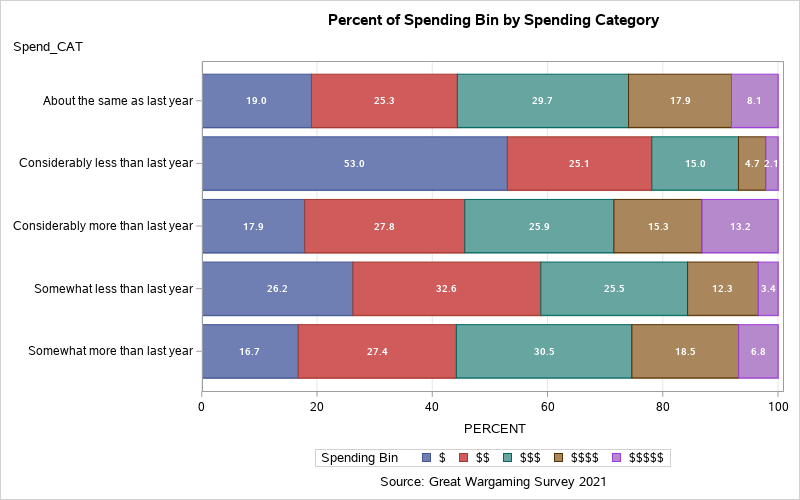 One question asks respondents for their top 3 choices for points of sale. From the table below, online sales lead the way with purchases direct from manufacturer and independent retailers making up over 50% of responses. Add in purchases from ebay or similar and online purchases make up almost 70% of total sales. 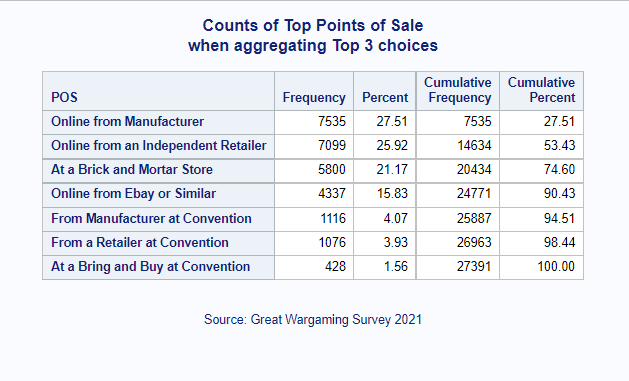 Breaking the numbers down

Three of the attributes I enjoy exploring further in any analysis are Primary Interest, Age Group, and Wargaming Period.  Does breaking down spending by these three attributes provide any insight? For spending by primary interest, all three categories show similar spending profiles. Note that Fantasy/Sci-Fi gamers tend to spend more in the mid-range bin ($$$) while Historical and Mixed wargamers tend to spend a little more than their Fantasy/Sci-Fi group. 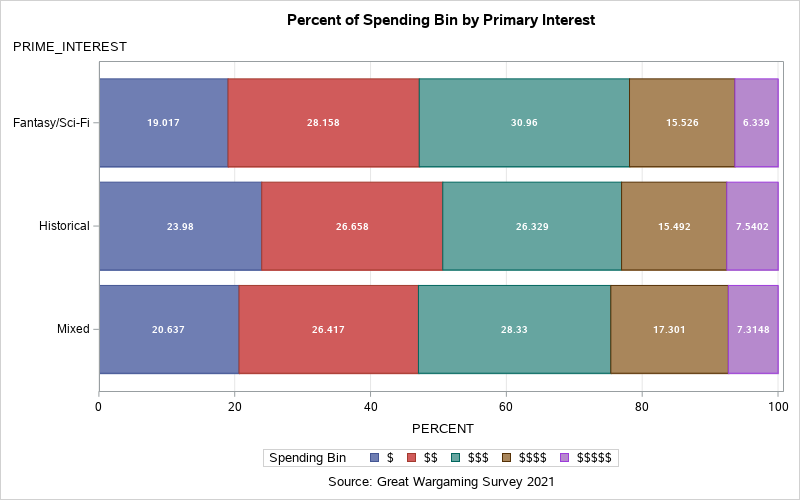 For spending by age group, no surprises here. Annual spending tends to increase with age. The exception is in the 61+ age group. Here, the trend of expenditures increasing with age reverses direction. With increased life expectancies, perhaps it is time to break up the 61+ age group into more age cohorts? Maybe more age cohorts at the upper end would expose a more lifecycle approach to spending? 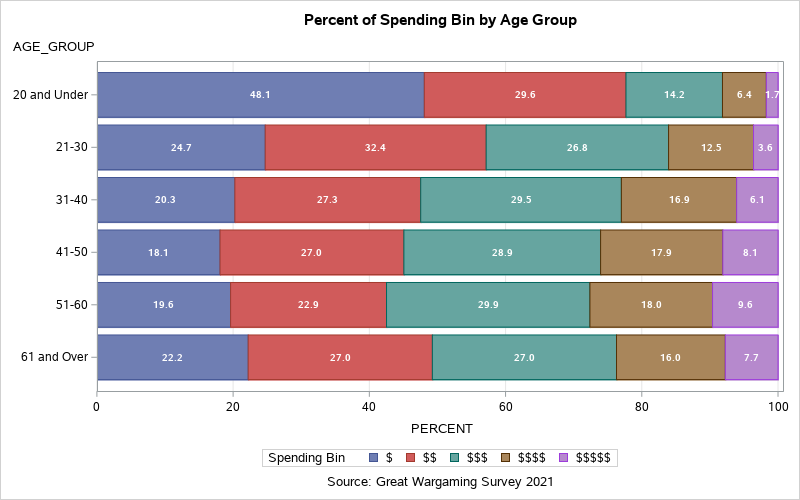 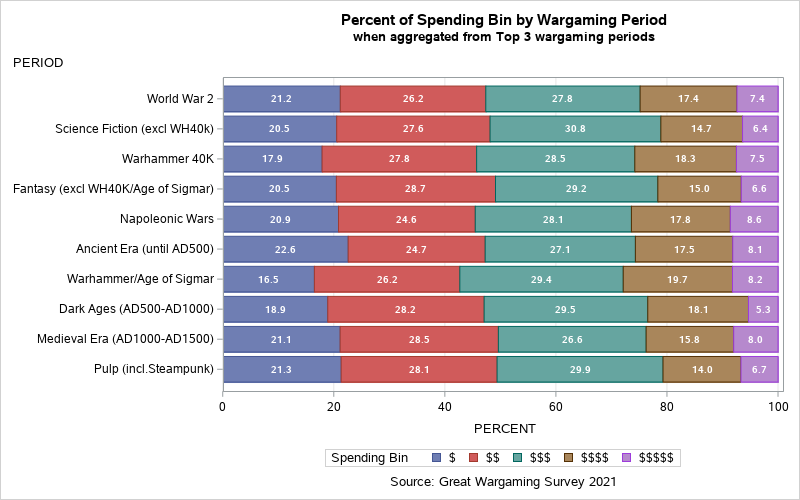 There is something of interest in the Spending by Top Wargaming Period graphic and it is not about spending. Although the favorite wargaming period question changed from ranked ordering of wargaming periods in the 2020 survey to choosing at most Top 3 without rank order in 2021, the same wargaming periods rise to the top in both. World War 2 comes out on top as seen year after year with Science Fiction and Warhammer 40K rounding out the top 3. What interests me is that Ancients, Dark Ages, and Medievals make the Top 10 wargaming periods when aggregated into Top 3 choices. Does this suggest a cross-over between Fantasy/Sci-Fi to Historicals? Do fantasy/sci-fi wargamers migrate into historicals by way of these pre-1500 historical periods? I suppose time will tell. Back to the question of spending. Do you track your hobby spending and into which Spending Bin do you find yourself? Are spending expectations the same from year to year or did spending expectations change in 2021. If so, how?