After a break over the holidays, I return to analyzing results from the Great Wargaming Survey. The start of a New Year ushers in a new topic. This installment examines Question 15 from the survey which asks respondents to rank what they like best about the hobby.

There are many facets to the wargaming hobby from gaming, painting, collecting, hanging out with friends, and many more. Are we gamers foremost or do other facets of the hobby drive our engagement and motivation?

To begin with an overview of the data, the top three choices from each survey respondent are aggregated and presented in Figure 1. 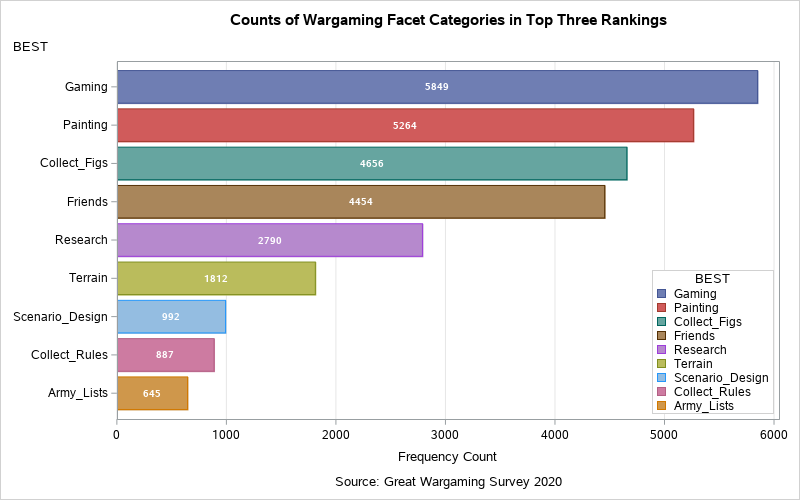 When totaling the top three choices across all survey results, Gaming finds itself in the top position. The results are close, though. Painting is in second place and not that far distant from Gaming. From Figure 1, a definite break occurs between the top four choices and the remainder of the field. Anecdotally, I frequently see "hanging out with friends" as a top reason for enjoying the hobby. From this summary, Friends comes in at fourth place. Research comes in at #5.

As seen from many of the previous analyses, overall statistics may hide or mask underlying tendencies. To dive into these contributing attributes, let's see if a gamer's primary interest has a bearing upon top choices. Recall that primary interest is divided between Fantasy/Sci-Fi (ie. non-historical), Historical, and Mixed groupings. Figure 2 illustrates these tendencies by Primary Interest for respondents' top choice. This is confined to only each respondent's first choice and not the top three choices as in Figure 1. 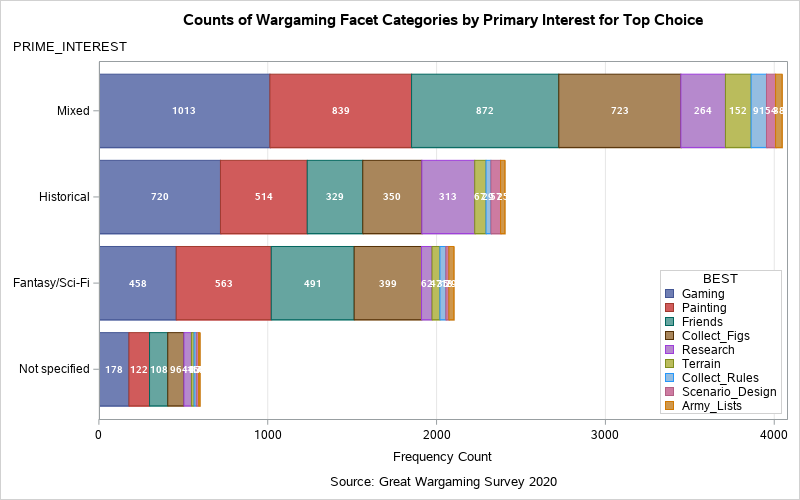 One result that remains consistent throughout all of the analyses on the 2020 survey data is that tendencies differ by age group. Earlier work has demonstrated that age group tends to correspond to primary interest. Does age group influence wargaming facets as well? To explore this question, examine Figure 3. 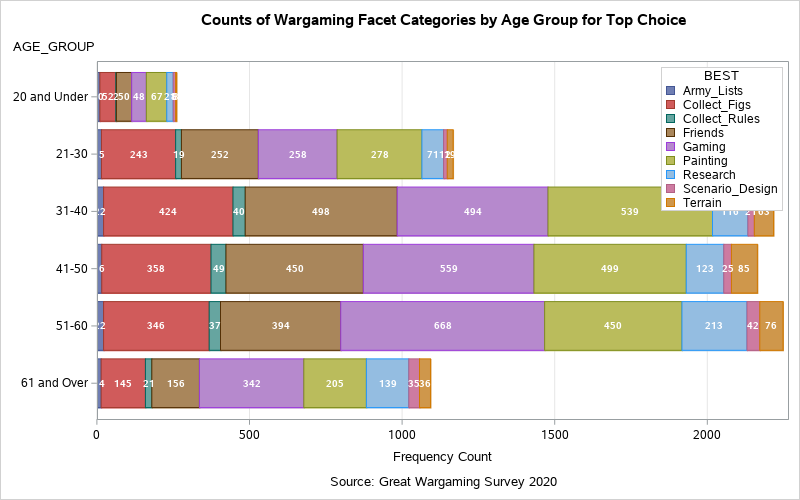 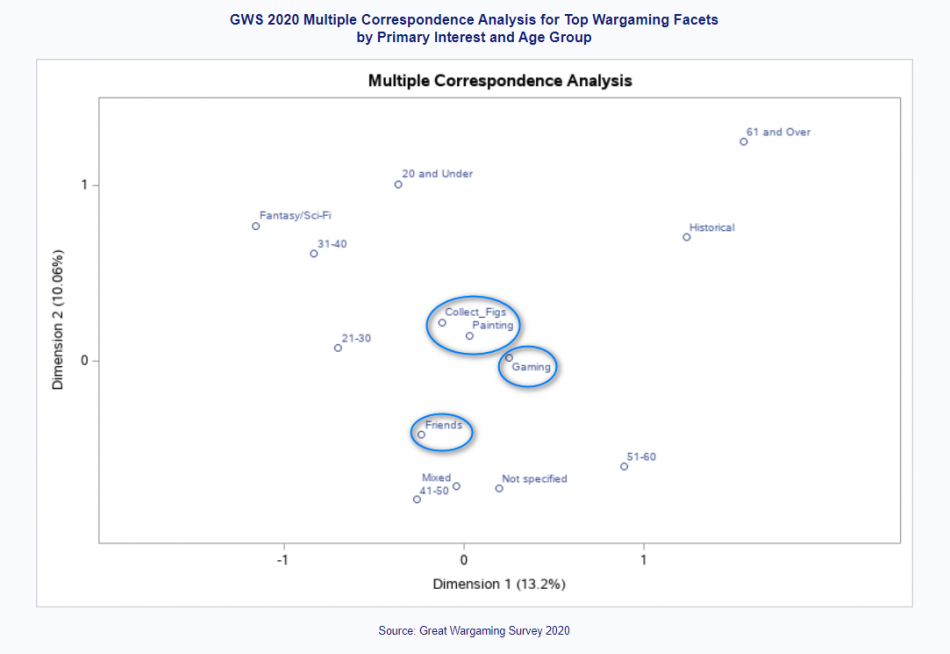 What does the Figure 4 graphic suggest? Well, it suggests that collecting figures and painting are more closely associated to one another than to "hanging out with friends". Gaming is more closely associated to the collecting figures/painting group than it is to the “hanging out with friends” group but still somewhat in a neutral zone with associations to both groups.

Since these wargaming facets all cluster near the center of the MCA graph, primary interest and age group do not bear significant influence over wargaming facets. While the clustering of collecting figures and painting makes intuitive sense from the perspective of individualistic endeavors, the separation between gaming and friends is somewhat surprising. Intuitively, the clustering of gaming and hanging out with friends seems a natural pairing. Perhaps, gaming is more of an individualistic undertaking than I thought?

Do these results reinforce your own rankings given your primary interest and age group? Are your favorite facets of the wargaming hobby different from these broad generalizations compiled from about 10,000 responses of wargaming peers? I would enjoy reading your thoughts on these results.