Issue 83 - Whiskey on the Rocks

Issue 83 includes an article concerning a Cold War incident between the Swedes and the Russians. When a Soviet ‘whisky-class’ submarine ran aground in Sweden in the 1980’s, both sides had to go to great efforts to avoid an international incident. We created a series of linked ‘what-if’ scenarios for WS&S, which operate under the premise that the Russians and Swedes did not (or were not able) to resolve their differences peacefully. While we were able to fit most of the scenarios into the magazine proper, we left out mission 3 due to space concerns. We have therefore published it below, complete with the relevant map.

This is a stealth mission that occurs on 29 October. The Swedish Police Authority have received a tip from some locals that a group of strangers have been spotted in a usually empty summer-house, just outside the military perimeter around the stranded Soviet submarine. The police immediately contact the Swedish military, who send an alarm force to the location to investigate if the strangers are Soviet saboteurs or just some local robbers. Of course, there is a group of Soviet Spetsnaz in the summer-house awaiting orders to participate in the upcoming rescue of the Soviet submarine. As they have been living undercover in Sweden, they are a bit out of focus and training, but they will still be a tough nut for the Swedish conscripts to crack.

Set-up
As on the map. 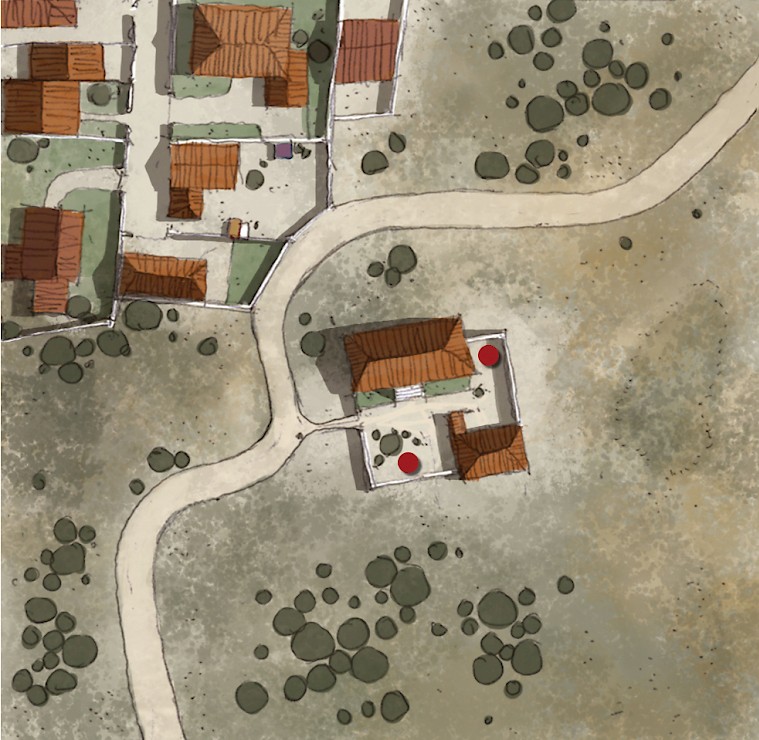 Special Rules
The Soviet forces all start in the main house, with the exception of two guards moving around the close perimeter. The Swedish forces must infiltrate and apprehend the saboteurs. When the Soviet forces raise the alarm, they must escape off the gaming table with at least half of their points to claim the victory.

Ending the Game
Keep on playing until either the Spetsnaz team has left the table or they have all been captured or taken out of action.