Warlord Games have re-released their US WWII American GIs in plastic. The set is a complete redesign of the original American Infantry set released in 2013. 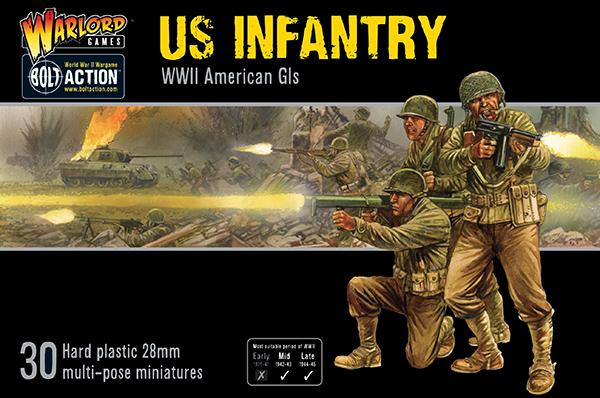 With each new set, Warlord has refined their design and process. The most obvious improvement is the weapons, which now come with arms attached, which makes assembly much easier. The weapons are also slightly larger and thus more robust. The bodies are all new sculpts and slightly larger.

The riflemen now have their cartridge belts moulded on to the body as standard, instead of having to be added as on the old kits. The detailing is very good. 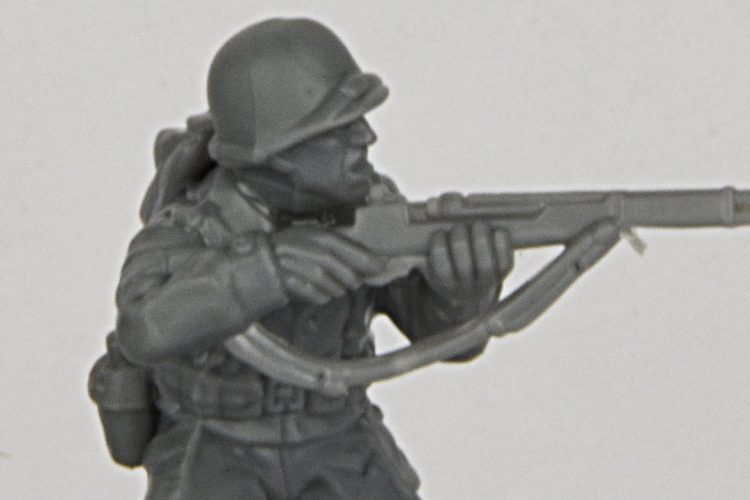 Pouches are available for the BAR and the submachineguns. Bases and transfers for uniform insignia are provided as standard. 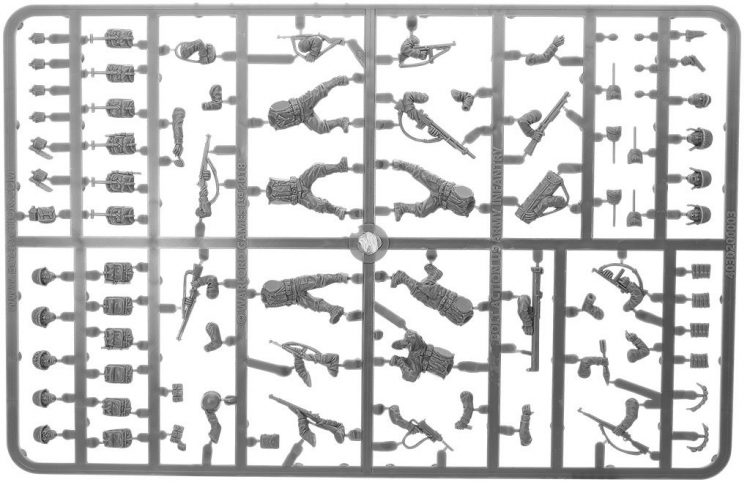 There are nine different heads (all new sculpts). Weapons include three Garands, two M1 Carbines, three submachine guns, a Springfield rifle (which could pass as a Garand) one BAR, one Bazooka and a shotgun per sprue. The only thing similar to the old set is the backpacks. 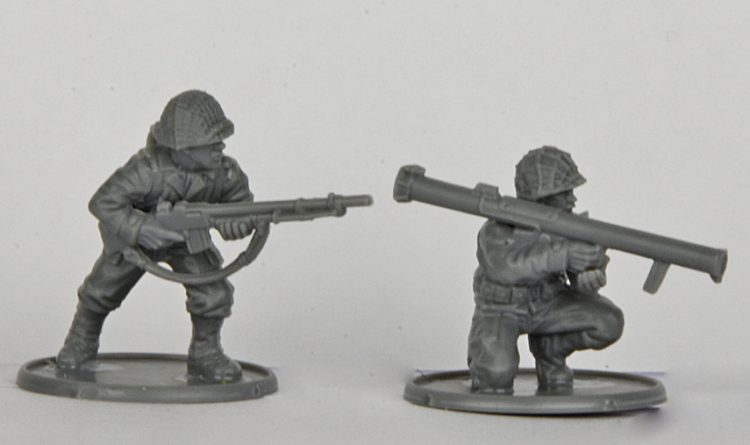 Modellers like myself will wonder how compatible are they with the old set. The new combined weapon arms require a bit of work to make them fit the old bodies but the heads, equipment and single arms are all fully compatible.

Hybrids of the old and new US sets.

I am tempted to convert the old US I have into command, snipers, second line troops (such as artillery) or submachine gunners, as they wouldn't be wearing the ammunition cartridge belt.

Size wise these are 28mm 'foot to eye'. As the individual models are crouching slightly, that makes them 27mm 'foot to eye' or 30mm tall. I'll be having a lot of fun with these, building the new ones and converting the old. Price £26 for 30 miniatures.

Blood on the Aventine is the new scenario starter set for Gangs of Rome. It gives you everything you need to start playi
Read More